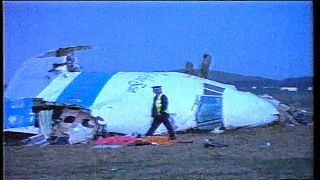 Scotland’s High Court will begin hearing an appeal on Tuesday against the conviction of a Libyan man found guilty of the 1988 Lockerbie aircraft bombing, the deadliest militant attack in British history.

Pan Am Flight 103 was blown up over the Scottish town of Lockerbie in December 1988 en route from London to New York.

The attack killed 270 people, mostly Americans, on their way home for Christmas.

Libyan intelligence officer Abdel Basset al-Megrahi was jailed for life in 2001 after being found guilty of the murder of the 243 passengers, 16 crew and 11 residents of Lockerbie who were killed in the attack. He is the only person to be convicted over the bombing.

Al-Megrahi, who denied involvement, died in Libya in 2012 after being released three years earlier by Scotland’s government on compassionate grounds following a diagnosis of terminal cancer.

In March, an independent Scottish review body ruled his family could launch an appeal after concluding there might have been a miscarriage of justice.

Aamer Anwar, the al-Meghari family lawyer, told Euronews on Tuesday that "they still live with the consequence" of their father being "branded a mass murderer, responsible for the worst terrorist atrocity on UK soil."

"The family themselves, al-Megrahi's family, say that the 271st victim was Abdel Basset al-Megrahi.

"There should never be a time limit on justice," he added.

Campaigner Jim Swire collaborated with the al-Megrahi family on the SCCRC application. He lost his 23-year-old daughter Flora on the New York-bound flight that exploded over Scotland just 38 minutes after its takeoff from London.

Swire has long believed that al-Megrahi was innocent of the bombing, telling Euronews: "I'm hoping the lawyers involved will decide the conviction of this man will be set aside."

"The existence of the conviction of this man allows authorities in the UK and US to deny our attempts to get to the real truth," he added. Watch his interview with Euronews in the player above.

A commission’s decision to allow the case to be appealed is likely to reopen painful wounds, especially in the United States where many victims’ families and involved law enforcement officials continue to view al-Megrahi as guilty.

In 2009, John Kerry, then-chairman of the American Foreign Relations Committee, outraged at al-Megrahi’s release, declared that "the news today from Glasgow turned the word ‘compassion’ on its head".

Then-US president Obama described the move as "a mistake".

Al-Megrahi first appealed in 2002 but this was refused by Scotland’s High Court. A second appeal was abandoned in 2009 just before his return to Libya.

In 2003, then-Libyan leader Muammar Gaddafi accepted his country’s responsibility for the bombing and paid compensation to the victims’ families, but did not admit personally ordering the attack.