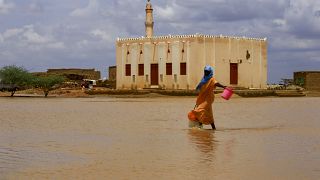 At least 10 people were killed and more than 3,300 homes ruined by flooding triggered by torrential rains across much of Sudan this week, the country's civil defence organisation said.

Some 1,800 homes were completely destroyed while just over 1,500 were partially ruined, it said. Twenty-one schools and eight mosques were swept away.

The UN said on August 5 that more than 50,000 people had been affected by the flooding.

"Torrential rains continued in several parts of Sudan... leading to flooding, landslides, damages to houses and infrastructure" in at least 14 of the nation's 18 states, the UN Organisation for the Coordination of Humanitarian Affairs (OCHA) said in a statement.

Downpours in Blue Nile state caused a dam to collapse on July 29, destroying or damaging 800 homes and potentially compromising access to water for over 84,000 people, OCHA added.