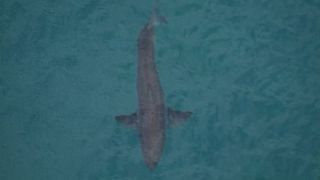 A 60-year-old surfer died on Sunday from a shark attack off the coast of New South Wales, Australian police said.

A 60-year-old surfer died on Sunday from a shark attack off the coast of New South Wales, Australian police said.

Police said several people tried to help the surfer and fight the 3-metre long shark before taking the injured man to Salt Beach in south Kingscliff. The man received first aid after suffering serious injuries to his left leg but died at the scene.

It's understood the victim came from Tugun just over the state border in Queensland.

“A shark biologist assessed photographs and confirmed a white shark was responsible for the fatal attack,” the state's Department of Primary Industries said.

Nearby beaches have been cleared of swimmers and surfers and will be closed for 24 hours.

It was the third fatal shark attack in Australia this year.

In January, a diver was killed near Esperance off the Western Australia state coast. In April, a shark fatally mauled a 23-year-old wildlife worker on the Great Barrier Reef.