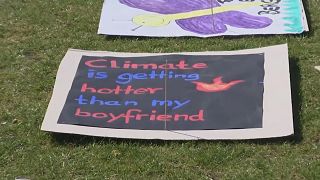 Pomegranates are the stars in Tehran for the fruits' festival

World Cup fans gather in Doha square ahead of games

WATCH: Children and youth march for peace in Tigray after ceasefire