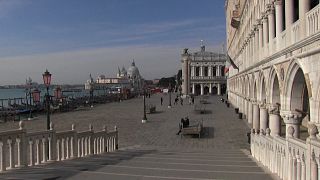 Museums closed by the Italian government in anti-virus measures

Popular touristic sites in Italy were shut down on Sunday as the Italian government took drastic measures to stop coronavirus spreading.

Italian government’s decree also shut down outdoor sites and museums, including a blockbuster exhibit in Rome of more than 100 paintings and drawings by Raphael, to mark the 500th anniversary of the Renaissance artist’s death.

The Vatican also announced on Sunday the shutting down of its museums, including access to the Sistine Chapel, until April 3.

The chapel’s ceiling and altar wall, frescoed by Michelangelo, are one of the world’s biggest tourist attractions, and a high point of Vatican Museums visits.