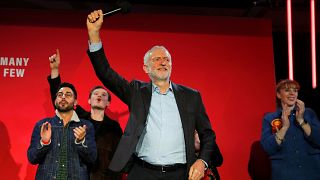 Hard left? Anti-Semitic? Truly for the many? Where are Labour now?

Labour, whose slogan is ‘It’s Time for Real Change’ are traditionally left leaning. But under Tony Blair they moved into centrist politics, which though proved successful at the ballot box, was seen by many to be at odds with the foundations of the party. The divisive figure of current leader Jeremy Corbyn has brought a Socialist Labour Party back into the spotlight, harking back to the days of Michael Foot - which were hugely unsuccessful, electorally. However, his party gave Theresa May a bloody nose in 2017, and with less than a week to go they have a limited time to close the gap.

Their main key polices in this year’s election are boosting the health budget, nationalising key industries, including energy provision. They also want to renegotiate a deal with Brussels, which could mean a second referendum.

But Labour has been accused of failing to deal with allegations of Anti-Semitism within the party.

Serving and former Labour officials have been giving statements about the allegations as part of evidence submitted to the Equality and Human Rights Commission investigation.