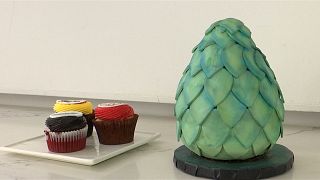 GAME OF THRONES FOOD TELEVISION
Now playing Next
no comment