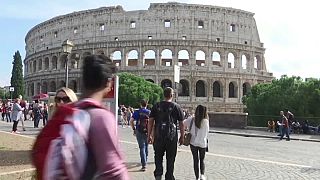 Italy’s warring coalition partners are meeting today to try to decide on an urgent financial bailout for the city of Rome.

The capital's €12 billion debt must be restructured to avoid defaulting, but the League and the Five Star movement are far apart on the issue.

Relations between the partners were further soured by allegations of bribery last week.

The debt, which dates back eleven years, needs to be urgently refinanced to avoid the risk of default in 2022.

The coalition partners had previously had agreed to a package that was awaiting cabinet approval.

But relations between the coalition partners were sundered by allegations last week that League undersecretary Armando Siri had accepted a bribe from a Sicilian businessman with alleged Mafia connections.

But Matteo Salvini, Joint Deputy Prime Minister and Leader of the League Party is now suggesting that any assistance for Rome should mean cities experiencing similar financial issues are also given help.