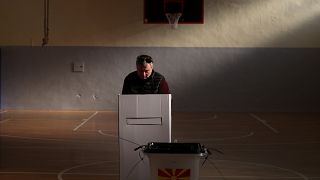 The Former Yugoslav Republic of Macedonia's hopes of joining the EU and NATO are in limbo, after a referendum on changing the country's name fell short of the required 50% turnout.

The FYR Macedonian Prime Minister, Zoran Zaev, has pledged to press on with a vote in parliament.

The government needs 11 members of the opposition to support the process, and the necessary constitutional reforms for the name deal with Greece to be ratified.

In a joint statement, they said the decisions the parliament takes in the coming days and weeks "will determine the fate of their country and their people for many generations to come".

Mr Pendarovski said: "We have already scheduled a next round of negotiations for the 18th and 19th of October, and of course this is the main pre-condition to successfully complete the political process for implementing the bilateral agreement with Greece about the name dispute."