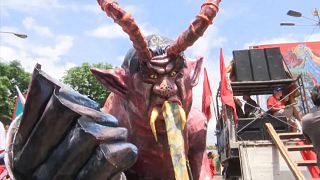 Zelenskyy in Brussels for Parliament speech and leaders' summit