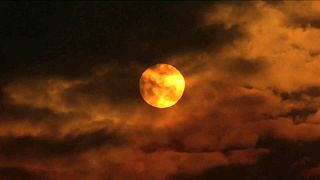 Updated: 16/10/2017
<p>Two people have died in a wave of fires that are ravaging different parts of Spain’s northwestern Galicia region, a Civil Guard spokeswoman said on Sunday (October 15). Firefighters found the bodies inside a burned-out vehicle on the road linking two parishes in the city of Nigran, in the province of Pontevedra.</p> <p>“I feel helpless at the moment. We have no means to control the fire. We don’t have water either,” said a resident of Pazos de Borben.</p> <p>The spokeswoman did not elaborate on the causes of the fire, but Galicia’s president, Alberto Nunez Feijo, said some of the fires in the area appeared to have been started deliberately.</p> <p>“Those fires are absolutely intentionally planned by people who know how to do it. These aren’t simply people burning forest, no. Some of the fires show they have been caused by people who know what they have to burn, how to burn it and in which places they have to do it,” he claimed. </p> <p>The blaze in Galicia is being treated as a level 2 – or second-highest maximum threat – by emergency services.</p> <p>Flames also surrounded Vigo, one of the most populated cities in Galicia, where a university residence had been evacuated, the spokeswoman said.</p>
no comment