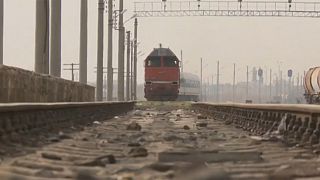 Updated: 14/03/2017
<p>There may be little left of this eastern Aleppo railway station, but trains are starting to return to the war-torn city after a break of five years.</p> <p>This railway line reopened shortly after the Syrian government announced it had regained full control of Aleppo.</p>
no comment