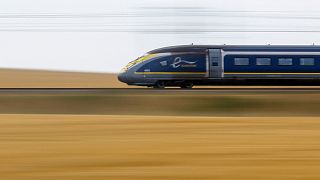 Eurostar passengers can breathe a sigh of relief as Christmas journeys can go ahead as planned.

Security staff at international rail service Eurostar were due to strike in the run up to Christmas over a pay dispute.

However, successful negotiations between Eurostar bosses and members of the National Union of Rail, Maritime and Transport Workers (RMT) have put a stop to the strikes.

Why has Eurostar strike action been called off?

RMT says that Eurostar "made an improved pay offer of over 10 per cent and an uplift of nearly 30 per cent for the lowest paid."

They also said that workers on "permanent shift patterns and employees who work flexibly will be offered choices which suit their individual requirements."

Security staff perform essential duties that keep people safe while travelling internationally by rail and they are contracted out to a facilities management company called Mitie.

“These workers have fought hard for an improvement in the offer and succeeded,” he says.

The Eurostar strikes comes as a wave of strikes has hit the UK's railways over the last few months with workers demanding better pay and working conditions.

A full list of strikes across Europe is available here.

Protests and strikes across Europe amid rising inflation