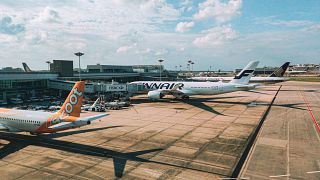 Finnair has announced cancellations of around 100 flights following a staff walkout.

Flights departing from Helsinki Airport on Sunday and Monday have been affected.

The cancellations came as a result of a 24 hour cabin crew strike.

The Finnish Transport Workers' Union (AKT) had announced the strike beginning at 3pm on Sunday and ending 24 hours later on Monday.

Which Finnair flights have been cancelled?

On Sunday, Finnair said it was cancelling some 100 flights on Sunday and Monday.

The airline said its traffic will return to normal on Monday afternoon, although some individual flights may still be affected later on.

The disruption occurred as a result of a cabin crew walkout. The Finnish Cabin Crew Association (SLSY) said the strike was in response to Finnair’s personnel policies.

The Finnish airline reportedly has plans to subcontract inflight service staff on its routes to and from Thailand and the US in an effort to cut costs.

The move would mean the company scrapping 450 cabin crew jobs.

"We are very sorry to cause inconvenience to the passengers and to our customers. But we have received a lots of positive feedback and support to our effort,” said Marianne Arteva, a spokesperson for the SLSY.

“Our work conditions and salaries are so low now that we have reach (sic) the limit."

The Finnish airline said travellers affected by the disruption will be offered re-routing options to their destination.

Passengers should check the status of their flight on the Finnair website.

“We are deeply sorry for the concern and inconvenience this strike is causing our customers, and do our best to reroute the customers as soon as possible,” said Jaakko Schmidt, the chief operating officer at Finnair.