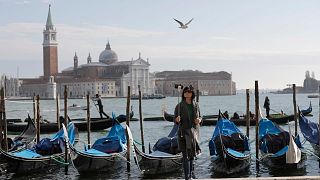 Many popular destinations are now looking to introduce a tourism tax as they reevaluate following the COVID-19 pandemic.

Tourism taxes are already common across Europe with levies in place in major cities like Paris, Berlin, Amsterdam and Rome.

London is the latest to propose the introduction of a tax. Professor Tony Travers from the London School of Economics said in July that it could be worth “hundreds of millions of pounds” a year.

The money, he added, could be used to finance public transport services struggling from low commuter levels following the pandemic.

Some say these fees for visitors are essential to help top destinations cope with the burden of tourists. Others believe they will discourage visitors.

Why should popular destinations ask tourists to pay a fee?

“Tourism taxes can help us protect the places we love,” says Justin Francis, co-founder and CEO of Responsible Travel.

“They can be a powerful tool and a positive thing for everyone - tourists, residents and local businesses.”

The money can be used to fund infrastructure, like in the case of London’s public transport, or even reverse the damage done by crowds of visitors.

When we travel, we become temporary residents in someone else’s home.

“When we travel, we become temporary residents in someone else’s home. We use their public services, facilities and infrastructure - it’s only fair we pay towards that,” says Francis.

In most cases, he adds, the tax is a very modest amount of money - usually less than the cost of a single drink in a local bar.

Overtourism is a big reason many destinations are looking to introduce a tourism tax.

In Venice, for example, around 90 per cent of visitors are what the city calls ‘hit and runs’ - daytrippers brought in from the surrounding area. They cause overcrowding, spend very little while there and leave mountains of rubbish in their wake.

Now the city has plans to introduce a fee of up to €10 for these tourists. It already has one for overnight visitors to help cope with the impact of their holidays.

“A small, ring-fenced tax could help ease that pressure and invest in improvements. In effect, it can help make destinations better to live in - and visit.”

Not everyone thinks tourist taxes are a good idea

There is some controversy around the introduction of tourist taxes, especially in places where the fee is high.

The cost of entering Komodo National Park in Indonesia increased by 18 times overnight earlier this month. Around 3,300 rare Komodo dragons live here and people travel from all over to see one of the world’s largest lizards. The government says the price hike is aimed at preserving the habitat of these creatures.

Local people and businesses should always be consulted on changes like this that could impact them.

Hundreds of ferry operators, tour guides and other workers went on strike after the entry fee increased. They believe the high ticket price would deter the visitors they rely on to make a living.

“Local people and businesses should always be consulted on changes like this that could impact them,” Francis says.

“But a tourism tax won’t put off those intent on visiting a place.”

When tourism risks damaging nature, heritage or local communities, steps need to be taken to protect them, he adds.

“A tax can improve places for local people and tourists, so everyone should see the benefits.”