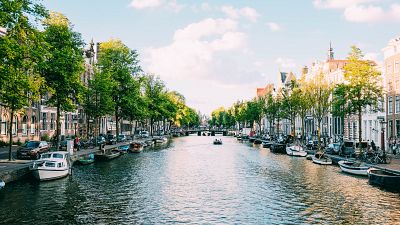 If you are an English speaker planning to move to Europe in 2022, you might want to find a country where you’re likely to be understood from the get go.

Although learning the local language of your new home should be a priority, it takes time.

While you’re getting to grips with verb tenses and articles, it’s comforting to know you can still communicate in English if necessary.

In some European nations English is widely spoken, making them a safe bet. Other countries require knowledge of the local language just to apply for residency.

Which are the best European countries for English speakers?

Native English-speakers are notoriously poor at learning a foreign language. A study by the European Commission in 2020 found 62 per cent of Brits surveyed couldn’t speak a second language. In the EU, 56 per cent of people can speak at least one.

In an InterNations study of expats’ concerns before moving abroad, the biggest fear was the language barrier.

So if you want to move to Europe but are worried about language barriers, it’s a good idea to prioritise the countries where English is widely spoken.

EF collated the English test results of 2 million people worldwide, including from 35 European countries, to make their classification. Each country received a ranking out of 800 points.

Croatia makes it to number 10, but northern European countries dominated the ranking. Finland and Sweden come in 9th and 8th while Denmark makes it to the third spot.

In second place comes Austria, scoring 641 points out of a possible 800. The top spot is taken by the Netherlands, with between 91 and 93 per cent of Dutch people saying they are able to hold a conversation in English.

Out of the European countries, Italy came in the lowest place, so if you fancy moving there it’s worth considering language classes beforehand.

Which European countries require knowledge of the language for residency permits?

If you know you struggle with language learning, watch out for the countries that require foreign citizens to pass a language test in order to apply for residency.

To gain permanent residency and citizenship, Germany asks for knowledge of the language. The current regulations require German at B1 level of the Common European Framework of Reference for Languages (CEFR).

This is defined as being able to “understand the main points of clear standard input on familiar matters regularly encountered in work, school, leisure, etc.”

Permanent residency in Switzerland also demands familiarity with one of its languages (German, French or Italian) at A2 level for speaking and A1 for writing.

Both France and Sweden are currently considering introducing language requirements for long-term or permanent residency permits.

Which European countries have the lowest language requirements?

Many countries don’t require knowledge of the language for residency permits and only ask for language proficiency to apply for citizenship.

Spain, for example, only asks for an A2 DELE qualification (Diploma de Español como Lengua Extranjera) in Spanish to apply for citizenship. This is equivalent to a high-level beginner.