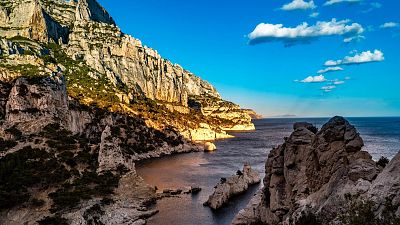 The Calanques National Park in southern France is the only European national park to encompass land, sea and urban areas.

But now, in a bid to protect this natural beauty, visitors to two of the park’s most popular seaside spots will have to pre-book their day at the beach.

Why do you have to pre-book to go to a beach?

At its peak, day visitors to Sugiton and Pierre Tombée beaches have previously hit 2,500. Even the daily average during summer was as high as 2,000.

The initiative to control visitor numbers will allow the area a chance to rejuvenate, meaning it can be enjoyed by visitors long into the future.

Even though it might sound annoying to have to pre-book, let’s be honest: no-one likes a packed beach. So if you are lucky enough to bag a spot, it really will make the day so much better, for you and the environment.

"Two hundred would be the ideal limit which would mean there was no impact on the environment,” explains Nicholas Chardin, acting director of the Calanques National Park.

“But at four hundred it’s already six times less than our busiest days and therefore we hope that nature, with these reduced visitor numbers, can regenerate much more easily.”

How will the reservation system work?

The booking system to allow visitors access to certain creeks and beaches in the Bouches-du-Rhône has had two test days and will apply daily from 10 July to 21 August.

During this peak season, visitors are limited to a maximum of eight days per person. Reservations can only be made up to three days in advance using the national park website.

Visitors will receive a QR code by email which they will need to show to a park ranger upon arrival on the day of booking.