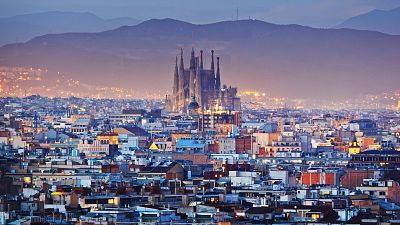 The Spanish Tourist Office (STO) in London has caused mass confusion for UK tourists after a dramatic u-turn.

On Wednesday, the STO announced that unvaccinated Brits would be allowed into Spain after a relaxation of the rules.

However, just eight hours later they released a statement claiming they had misinterpreted a bulletin from the Spanish government.

So in fact, the rules for unvaccinated UK tourists have not changed.

What are the rules for UK travellers to Spain?

British tourists aged 12 and over must show proof of being fully vaccinated or present a certificate of recovery to enter Spain.

“If more than 270 days have passed since the final dose, certification of a booster vaccination is also required, except for teenagers aged 12 to 17 (inclusive),” says the STO.

This means that if you have not had COVID-19 in the last six months and are unvaccinated you will not be able to travel to Spain at the present time.

All Brits must also fill in a Health Control Form and there are specific rules for children and teenagers too. You can find out more about Spain’s travel restrictions here.

How did the mistake happen?

The STO announcement was due to a misunderstanding of an official state bulletin released by the Spanish government.

The deputy director of the Spanish tourist office in the UK, Pedro Medina, said he was sorry for the confusion caused.

We apologise unreservedly for the miscommunication earlier today which was due to a misunderstanding of the new entry requirements.

“We apologise unreservedly for the miscommunication earlier today which was due to a misunderstanding of the new entry requirements.”

The only change that was announced - and not reversed - is that under 12s travelling with a fully vaccinated adult with an NHS COVID Pass no longer than to fill in a health control form.

Julia Lo Bue-Said, chief executive of the Advantage Travel Partnership, described the Spanish reversal as a “spectacular blunder” on Twitter.

*IMPORTANT #SPAIN UPDATE* another official update from @Spain_inUK clarifying an error on their part, unvaccinated travellers are NOT permitted entry even with test, they are in the process of updating their comms ? Spectacular blunder, just madness ?https://t.co/TOAbqORttT

Spain is the most popular holiday destination for British travellers. According to Statista 18.81 million Brits visited the country in 2017 but visitor numbers plunged to just 3.15 million in 2020 at the height of the COVID pandemic.