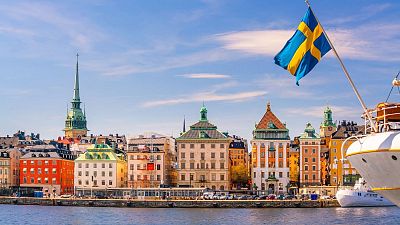 Sweden has scrapped all travel restrictions, joining a number of European countries that are now completely open to international tourists.

Non-EU travellers no longer need a vaccination or test certificate to enter the Scandinavian nation, after the rules were relaxed on Friday 1 April.

It comes almost two months after restriction-free travel started for EU citizens on 9 February, and means unvaccinated people from all over the world are now welcome to explore stunning Sweden, just in time for the Easter holidays.

“The Government has decided not to extend the entry ban from third countries,” the Minister for Justice and Home Affairs, Morgan Johansson commented.

“This will make it much easier for everyone who has been prevented from coming to Sweden in recent years due to the pandemic.”

As with countries the world over, travel restrictions have been in place since the start of the pandemic in March 2020. At first, only a temporary entry ban on travellers from non-EU countries was introduced.

Two years on, the Swedish authorities have decided that the virus no longer poses such a serious health threat. As of March 31, 87 per cent of the Swedish population aged 12 and over have been double-jabbed, and the government is now offering a fourth shot to over-65s.

Which other European countries have dropped all travel restrictions?

Sweden joins a number of other European countries that have abolished all Covid travel restrictions in recent weeks.

And Latvia joined the growing list on Friday too - with an exception for those from ‘high-risk’ countries, though there are none currently in this category.