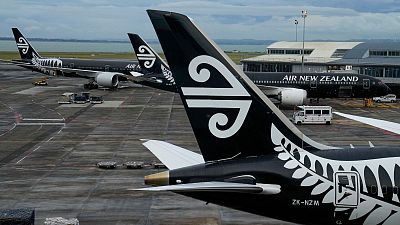 17 hours is a long time. You could watch the Lord of the Rings trilogy back to back, plus Gone with the Wind for good measure. Or, no less epic of a journey: fly from New Zealand to New York.

Air New Zealand has just announced it is launching the first nonstop service between Auckland and JFK Airport from 17 September. Clocking up 8,828 miles (14,207 km) it will become the fourth longest flight path in the world.

US visitors will be able to make the most of the direct service with New Zealand set to reopen to tourists from 2 May.

“We've worked incredibly hard over the past few years to make this ultra-long-haul service a reality - it's one of the longest routes in the world, at just over 16 hours northbound and 17-and-a-half hours southbound."

The airline’s Boeing 787-9 Dreamliner will be equipped with 275 seats, plus 13 ‘Skycouches’ - rows of three seats that convert into a little sofa after take-off.

It’s a long-standing debate between seasoned travellers: would you rather get your journey over with in one fell swoop, or is 17 hours of sitting and cabin-pacing far too long? London to Darwin might get you most of the way to Sydney, but there’s a lot to be said for stretching your legs in Singapore's beautiful Changi Airport too.

As you mull over the pros and cons, here’s a list of the current longest plane journeys in the world.

4. Dallas/Fort Worth to Sydney - Qantas

You might note that some of these longer flight times are for journeys with fewer air miles. That’s because pilots have climatic conditions to contend with too; like strong headwinds en route from LA to Singapore. This means some routes can take longer to navigate.

Geopolitics can extend flight paths too. The Russian invasion of Ukraine and subsequent airspace closures, is now adding hours onto journey times. Finnair planes from Finland to Bangkok and Phuket, for example, are particularly affected by the huge detour needed to fly around Russia, with ramifications for fuel costs and airline staff too.