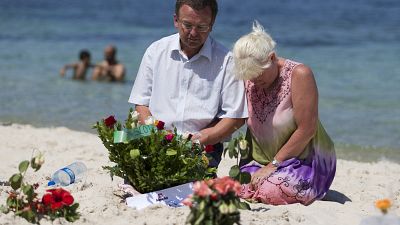 Tour operator TUI has reached an agreement with the survivors and victims' families of the 2015 Tunisia terror attack.

On 26 June 2015, Seifeddine Rezgui opened fire on tourists in the popular resort of Port El Kantaoui, roughly 10km north of Sousse. 38 people died, including 30 holidaymakers from the UK and three from Ireland.

In 2017 a British judge ruled that the victims were "unlawfully killed", prompting legal action from the British victims and their families.

At the time the lawsuit was filed, TUI said that any claims that the operator had been neglectful were "wholly erroneous".

The settlement announced today has been reached "without admission of liability or fault" on TUI's part, but "in the hope that [the undisclosed figure] will go some way to assisting the claimants."

The massacre is the deadliest non-state attack in modern Tunisia's history.

The Islamic State terror group claimed responsibility for the attack, which also left a further 38 wounded.

What has TUI said about the lawsuit?

The tour operator released a statement along with Irwin Mitchell, the law firm representing more than 80 victims and their families.

"The tragic events of 26 June 2015 in Tunisia shocked and devastated us all and changed the lives of those affected forever," says the statement.

"TUI has always expressed heartfelt condolences to the families and friends of those caught up in the terrorist attack that day and continues to extend deepest sympathy.

"The claimants have fought tirelessly to understand how the attack happened and to seek to ensure that lessons have been learned so that other families are not affected by similar tragedy.

"TUI appreciates how difficult it must be to move on from such a horrific incident but hopes today will provide the opportunity for those affected to start to do so."

How did the incident affect Tunisia's tourism?

Tunisia is one of the most visited countries in Africa, but the attack - as well as the Bardo National Museum attack which took place three months before in the capital city Tunis - led to a major drop in tourists.

The number of border arrivals fell by 18 per cent in 2016, with tourist receipts falling by half according to the Tunisian tourism ministry.

However, by 2018 the industry had recovered and Tunisia returned to being one of the top destinations in Africa.

COVID-19 has proved to be more catastrophic for the country's travel sector, with earnings down 60 per cent in 2020.