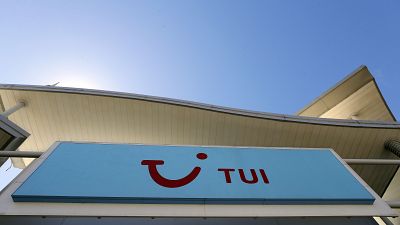 Travel firm TUI has said it hopes business will return to normal in 2021-22 and described bookings next summer as "very promising" as it posts losses of more than a billion euros in the last quarter.

The tour operator, the largest in the UK, said summer reservations for 2021 were up by 145%, compared to last year's bookings for the same period this year.

Demand has since returned, TUI added, saying holidays have resumed to the Balearic Islands, Greece and the Greek Islands in particular.

However, the operator was hit hard by the UK's imposition last month of new restrictions on travel from Spain, a move which prompted the company to cancel holidays in the country.

Airlines hauled up over refunds again

Meanwhile, TUI is one of three airlines taken to task for continuing to fail to meet obligations to refund passengers for cancelled flights.

The UK consumer rights' organisation Which? singled out TUI, Ryanair and Virgin, saying they were "still taking several months" to reimburse travellers in some cases.

The airlines are blamed for failing to fulfil promises made to the UK's Civil Aviation Authority (CAA) to speed up the process. The CAA accepted assurances from airlines including Ryanair and Easyjet, Which? says, despite thousands of customer complaints.

EU regulations say passengers must have the choice of receiving a refund within seven days if a flight is cancelled. These still apply to the UK during the post-Brexit transition period.