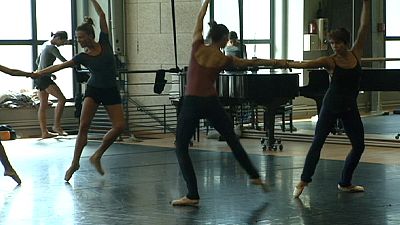 <p>They have chosen to put their talent at the service of the Principality. This last episode of Monaco Life takes you to meet some of the men and women who make up the ballet, the orchestra and the opera of Monte-Carlo, the jewels of the Rock.</p> <p>“I want to become a professional ballerina, it was always my dream since I was little and being here, it’s already the first step of my dream,” says Marina Fernandes.</p> <p>Like Marina, the 43 students of Princess Grace Academy came to Monaco to make their dream come true. 6 to 8 hours of dance classes a day, six days a week, for five years. </p> <p>Marina, 15, is from Rio de Janeiro in Brazil.. She remembers the shock of her first year at boarding school. “It was the 1st time that I left my family. So it was really a new life for me. I think this is my second home now.”</p> <p>A home which is committed to helping its young graduates find the best dance company for their talent to flourish.</p> <p>After completing his degree at the Academy, Mikio Kato, 18, has just joined the company of the Monte-Carlo Ballet. This young Japanese dancer embraces the creations of its director, the prolific dancer-choreographer Jean-Christophe Maillot.</p> <p>“When I’m dancing Jean-Christophe’s piece, of course it’s precise and there’s a story but, I don’t know, it fits me. So I feel free,” he smiles.</p> <p>The Monte-Carlo ballet has 50 dancers from 25 different nations. For the past 20 years, Jean-Christophe Maillot has been working on giving the company a specific identity, mixing classical and contemporary dance, at the arts crossroads.</p> <p>“Jean-Christophe Maillot is a creator of such intensity. There is a richness in his choices,” says the Ballets’ Director of Programmes<br /> Josu Zabala. “He always works with a composer, with a plastic artist or a painter, with a writer for the libretto. So, he has this taste for the artistic family, he sees the arts as a whole.”</p> <p>The mix of genres, the transversal approach of arts, building bridges between disciplines has been a tradition in Monaco for more than a century. </p> <p>A profusion of creativity that finds its roots in the early XXth century Salle Garnier, not to be confused with the Parisian theatre of the same name.</p> <p>“It was a big laboratory for the opera and the ballet of the XXth century. These were exceptional times where the arts of dance, music, and creations were merging. It was also the case of visual arts with Picasso who made the stage curtains and many great artists who were making decorations and costumes.” says the Opera’s Director Jean-Louis Grinda. </p> <p>Today the philharmonic orchestra of Monte-Carlo still gives concerts on its own as well as with dancers and opera singers.</p> <p>Trained by the most talented violinists in France and in the US, Liza Kerob has played as concertmaster and lead of the first violins since May 2000.</p> <p>“It is genuinely a very eclectic orchestra. It’s an orchestra whose musicians come from all over the world. Because, it’s true I think that Monaco makes people dream. You just need to say : ‘Orchestre de Monte-Carlo’ and hop! It means something to people! And when you are lucky enough to be part of such a beautiful orchestra, you must perform as best as you can, and enjoy the moment, the magic of the moment,” she says.</p> <p>This was the Grand finale of our series Monaco Life. You will find our previous episodes about the sea and about the Monégasques on our website: euronews.com/life.</p>