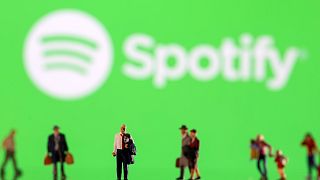 Spotify said on Monday it plans to cut 6 per cent of its workforce, becoming the latest tech company to announce layoffs as the post-pandemic economic outlook weakens.

The tech industry is facing a drop in demand after two years of pandemic-fuelled growth during which it had hired aggressively. That has led firms from Google to Microsoft to shed thousands of jobs in recent weeks in anticipation of a possible recession.

"Over the last few months we've made a considerable effort to rein in costs, but it simply hasn't been enough," CEO Ek said in a blog post announcing the roughly 600 job cuts.

Spotify's operating costs last year were double its revenue growth, a gap that would be “unsustainable long-term” in any context, but even more difficult to close in “a challenging macro environment," he said.

The audio-streaming company had benefited from pandemic lockdowns because more people had sought out entertainment when they stayed home.

“I hoped to sustain the strong tailwinds from the pandemic and believed that our broad global business and lower risk to the impact of a slowdown in ads would insulate us," Ek said.

"In hindsight, I was too ambitious in investing ahead of our revenue growth".

Spotify has aggressively poured money into its podcast business, which is more attractive for advertisers due to higher engagement levels.

At the same time, businesses pulled back on ad spending on the platform, mirroring a trend seen at Meta and Google parent Alphabet, as rapid interest rate hikes and the fallout from the Russia-Ukraine war pressured the economy.

Spotify is now restructuring itself in a bid to cut costs and adjust to the deteriorating economic picture.

The company said Dawn Ostroff, the head of content and advertising, was leaving after an over four-year stint.

The company said it is appointing Alex Norström, head of the freemium business, and research and development boss Gustav Söderström as co-presidents.

Spotify had about 9,800 full-time employees as of September 30.