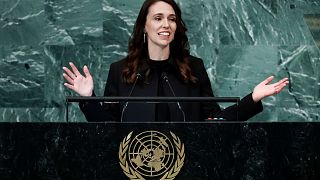 Since taking office in 2017, Jacinda Ardern has been credited as a political powerhouse in every sense. However, as with any public role, her time hasn’t been without its controversies.

Not only did her appointment make her the youngest ever female head of government at age 37, but within a year she gave birth to her daughter Neve, making her the second leader ever to do so while in power.

Her time in office has been marked by several significant events in the country’s history, from the 2019 Christchurch mosque shootings to the coronavirus pandemic. Yet Ardern said she “was not leaving because it was hard”.

“I know what this job takes, and I know that I no longer have enough in the tank to do it justice. It is that simple”.

This exercise of self-awareness is rarely seen in our modern politics. While Ardern didn’t explicitly use the term ‘burnout’, that is, essentially, what her resignation infers. Her comments have resonated with many.

Deloitte’s 2022 ‘Women at Work’ survey found that 46 per cent of the female workforce feel burnt out at work, with a third of those interviewed taking time off work to deal with mental health issues.

What exactly is burnout?

Burnout was first officially recognised by the World Health Organisation (WHO) in 2019, which described it as an “occupational phenomenon”.

If you Google it, a lot of the advice you’re given describes a burnout as a physical, mental and emotional exhaustion most often related to work. While it’s not technically a medical diagnosis, it’s intrinsically linked to stress, depression and anxiety.

“Burnout is when one gets to a point where your brain has been so overly engaged in one area - typically work - that you just have a drain,” said Paula Allen, Global Leader of Research at wellbeing services company Telus Health.

“You’re not functioning at the top of your ability. You haven’t had the opportunity for rest. And it can make you feel extremely fatigued and lacking in motivation - you start thinking in a very unclear way,” she told Euronews Next.

She added, however, that it’s not just work-related, as burnout also can be seen in caregivers and other roles that involve a lot of responsibility.

What are the symptoms of burnout?

The main symptoms are similar to those we see in anxiety and depression.

Feeling drained, trapped, having a cynical outlook, lack of self-worth and feeling overwhelmed are some of the main tick boxes.

“There’s no variety in life, no humour, you see that person’s world and thinking get a lot smaller,” Allen explained.

“Then there are behavioural changes that come with that - quickness to anger and frustration, lacking motivation, they might isolate themselves”.

How can you tell whether you’re close to burnout or have depression or anxiety?

“Everyone feels some symptoms of depression or anxiety from time to time, we all feel down and unsure,” Allen said.

“But we’re able to go into a different mode, when we get some rest or spend time with friends and family, where we can have some relief”.

Ardern, to quote her again, said she had slept well for the first time in a long time the night after she resigned.

“It’s typically advised that if you experience two weeks of solid symptoms, that’s when we should be seeking medical advice,” she said.

What can workplaces do to support their employees?

More than half of working individuals have experienced some symptoms of burnout, according to LifeWorks’ research. Allen says it’s become worse after the strain of the pandemic, and now with the cost of living crisis.

“Managers need to make sure they’re checking in on their teams, even if it’s not a blatantly obvious problem,” she said.

“Showing recognition and positive feedback are also key - showing your people they are valued and giving them that element of social support”.

Allen also advocates for variety in the working day, which we all know can be easier said than done.

What if burnout symptoms are already showing?

“Workplaces need to just have that conversation,” Allen said.

“The high performer isn’t performing as high anymore? They’ve got an edge and a cynical attitude? Ask them if they’re okay. Do some problem solving. Remind them of resources available to support them and help put their own strategies in place.

“Ultimately, employers want their employees to be the best they can be,” she added.

Having a high-pressure job isn’t necessarily a bad thing, but it can’t be the only thing in your life. You need to have a wealth of experiences, seeing friends, making time to wind down

Professional help isn’t the right solution for everybody - and some employees might not want to share that they’re struggling with their workplace.

“It’s all about having a balanced diet for your brain,” said Allen.

“Having a high-pressure job isn’t necessarily a bad thing, but it can’t be the only thing in your life. You need to have a wealth of experiences, seeing friends, making time to wind down”.

Think about an athlete. Athletes put huge amounts of physical strain on their bodies, but not all the time. The routine features other things - resting, stretching, weights, lighter exercise, fuelling. “That’s what builds strength,” said Allen.

What can workers do if they think they might be on the brink of a burnout?

Recognising the pattern that got you to that place is also key.

“When was the last time that you were feeling okay? What changed? And how much variety do you have in your life? You have to root out your personal triggers and figure out what you’re going to do differently now,” she explained.

Allen stressed how we cannot underestimate the value of our diet and sleep, too.

“If you’re eating a lot of junk foods, which you might be when all your time is taken up with work, those are high in trans fats, which actually makes it harder for your brain to process and cope with stress,” she said.

She also advised giving yourself short breaks that give you the opportunity for creative outlet, getting outside and having a change of scene.

“We often hear people say ‘I don’t need therapy’ - perhaps not. But even spending a few minutes doing some coaching can help you recognise the path you’re on and the changes you would like to make.

“You probably do have the skills to figure out how to cope with what’s going on, but if you’re feeling overwhelmed it’s hard to access those skills on your own”.

As for Ardern, she said in her speech that she didn’t have any immediate plans after leaving office other than spending time with her family.

“And so to Neve, mum is looking forward to being there when you start school this year,” Ardern said. “And to Clarke, let’s finally get married”.