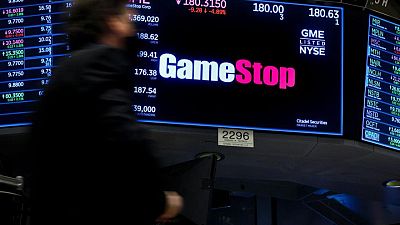 – Videogame retailer GameStop Corp reported a bigger-than-expected loss and quarterly revenue that missed estimates, hurt by a dearth of new hit game releases and a pullback in spending against the backdrop of decades-high inflation.

GameStop launched a digital wallet earlier this year to enable transactions in a marketplace it is building for gamers and others to buy, sell and trade non-fungible tokens, or NFTs.

However, with crypto winter setting in and the value of cryptocurrencies plummeting, GameStop’s digital wallet ambitions face a bleak future.

Gaming companies are also staring at a slowdown in demand for video games from pandemic highs, further exacerbated by stubbornly high inflation that has crimped consumer spending ahead of the key holiday season.

GameStop posted revenue of $1.19 billion in the third quarter, missing estimates of $1.36 billion, according to Refinitiv IBES data.

“They managed working capital well, so they didn’t burn much cash, but they still had a loss of about $95 million. That’s unsustainable unless they get profitable one of these days, and directionally, it doesn’t look like that’s going to happen,” Wedbush analyst Michael Pachter said.

GameStop’s expenses as a percentage of revenue was 32.7% in the quarter, down from 34.1% in the second quarter, as the company has tried to cut costs by reducing its workforce and shutting down stores.

The company’s shares were up about 1% in after-market trading.

“We anticipate capital expenditure will remain at similar or reduced levels now that the company has largely completed its period of heavy investment,” GameStop Chief Executive Matt Furlong said.