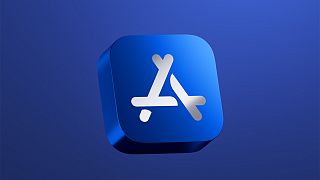 The winners of Apple’s App Store Awards for 2022 have been announced as well as the list of the most downloaded ones.

BeReal, a social media app, took the gong for the App of the Year for iPhones. As its name suggests, BeReal urges users to be and look like themselves without filters.

In a statement, Apple said this year's winners "represent a diverse community of developers from around the world whose apps and games were selected by Apple’s global App Store editorial team for delivering exceptional experiences and making a profound cultural impact".

But BeReal was not the only winner. Here are the apps that won over iPhone users this year.

The French social media company alerts users to post one photo daily and allows their followers to see them in real time without any filters. These pictures involve a photo combining front and back cameras within two minutes.

This workout app finds the balance between how much you are working out and how much rest time is needed. It also suggests daily workouts and tells you how your work out sessions are impacting your body.

iPad App of the Year: GoodNotes 5

This app allows you to take notes as well as draw them in a creative way and lets you create folders to keep everything organised.

It is essentially a digital paper app that allows you to maintain your handwriting skills.

Mac App of the Year: MacFamilyTree 10

The app lets you discover your personal family history with its FamilySearch archive, which has billions of genealogical entries.

You can also add media such as videos, and photos and document places where significant events occurred.

The Spanish streaming service can be used to watch films and TV series. The on-demand platform has a simple interface and clear categories.

The company also says it has a good loading spread and high-quality resolution.

The iPhone Game of the Year 2022 was awarded to Apex Legends, a free-to-play battle royale shooter game.

The iPad Game of the Year was awarded to El Hijo, a story set in the Wild West where you rely on the playfulness of a young child who uses the “shadows” to hide.

The Mac Game of the Year award went to Inscryption, which has been named as the most terrifying game on the market.

The Apple Arcade Game of the Year was Wylde Flowers, a cute farming game with a witchy twist. more humbling game in a cute world of farming. But it also has a witchy twist.

And finally, the China Game of the Year went to League of Legends Esports Manager, or as it’s more commonly known as just League. It’s a multiplayer battle arena game that attracts a huge number of fans and gives players a celebrity-like status.

Another prize was awarded to five apps for their cultural impact.

Apple said the prize was based on apps "that have made a lasting impact on people’s lives and influenced culture".

This year, the company said it picked apps that "encourage users to engage more deeply with their emotions, authentically connect with others, and pay homage to their heritage and the generations that came before them while envisioning how to create a better world today".

Among the winners was How We Feel, which allows users to self-report health symptoms.

Dot's Home, a game which follows a young Black woman in Detroit who explores her family’s history with race, was also recognised by the awards as was Locket Widget, a platform that allows you to show live photos from those close to you to your home screen.

Waterllama, an app that reminds you to drink enough water throughout the day, and Inua, a game where three protagonists roam in the same places in the far North, decades apart and explore different eras to change the course of history, were also among the prize winners.