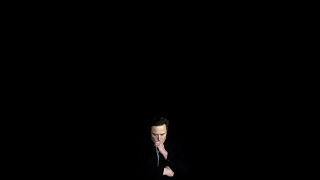 “The bird is free,” Elon Musk tweeted on Thursday, announcing that he had completed his $44 billion dollar deal to buy Twitter   -   Copyright  JIM WATSON/AFP or licensors
By Pascale Davies  •  Updated: 29/10/2022

“The bird is free,” Elon Musk tweeted on Thursday, announcing that he had completed his $44 billion dollar deal to buy Twitter in a manner now synonymous with the billionaire.

While his method to tell the world the deal was complete was zany, others in Europe have already cautioned him with a word of warning.

In response, the European Union’s competition chief Thierry Breton said in a tweet on Friday that “In Europe, the bird will fly by our rules” referring to the bloc’s Digital Services Act (DSA).

But Musk, who is now the de facto CEO of Twitter, announced on Friday that he plans to form a “content moderation council” at the social network giant, which could be a way to get around European rules.

Musk said he will not make any “major content decisions” or reinstate any accounts that were previously banned before the council convenes.

At this stage, it is unclear how the moderation council would work and if it would be as independent as Meta's moderator the Oversight Board.

“Independent oversight of content moderation has a vital role to play in building trust in platforms and ensuring users are treated fairly. This is a model we have been proving since 2020," said a spokesperson for the Oversight Board in a statement.

"We would welcome the opportunity to discuss Twitter's plans in more detail with the company”.

What is the DSA and why may it be a headache for Musk?

The EU approved the DSA legislation earlier in October to regulate social media platforms and it promises to change how online speech is refereed, not just in Europe but around the world.

The DSA was published in the official journal of the EU on October 27 but will not take effect until 2024, just in time for the US presidential elections.

What is in the DSA rulebook?

The act dictates the process of how digital service providers should act to rapidly delete illegal content.

Online platforms must tell affected users with detailed explanations if they block accounts or remove content. Users will also have the right to challenge decisions.

Platforms must show how their content moderation and algorithmic systems work and tell users why they were targeted with an advert and how they can change the targeting parameters.

What happens if the DSA rules are broken?

If very large companies break the rules, they can be fined up to 6 per cent of the firm’s annual worldwide income or the turnover of an infringing service provider.

But it could go even further than a hefty fine.

For rogue platforms refusing to comply with important obligations and thereby endangering people's life and safety, it will be possible as a last resort to ask a court for a temporary suspension of their service.

How could the DSA affect Musk?

Musk will reportedly bring back users who are currently banned on Twitter, which might include the former US president Donald Trump, neo-Nazis and QAnon Twitter users.

However, the Tesla and SpaceX CEO told Breton in May that the DSA was “aligned” with his thinking and he “agreed with everything” that he and the EU Commissioner discussed on the legislation.

It is unclear if Musk will keep to his word, which Breton shared on Twitter again on Friday as a reminder to the new social media boss.