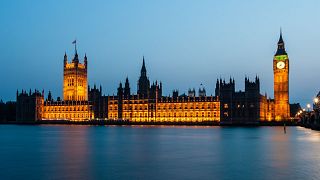 The UK’s parliament is to discuss a new four-day week law, which will be proposed by an opposition MP on Tuesday.

The bill would reduce the maximum working week to 32 hours, and it comes amid the largest ever four-day week trial which is ongoing in the UK.

The bill is being introduced by an opposition Labour MP, and is highly unlikely to be welcomed by the ruling Conservative government.

However, as the country’s first ever parliamentary bill to introduce a four-day week, it suggests the conversation around reducing working hours in the UK and beyond is far from over.

The ongoing four-day week trial, which is being organised by a host of organisations including the 4 Day Week Campaign, involves 3,300 workers across an array of different companies and organisations.

Launched in June this year, the six-month trial gives workers involved an extra day off each week, for the same pay.

The goal for the organisations is to increase employee satisfaction, while maintaining productivity - or even improving it.

At the half-way mark of the trial there was largely positive feedback from the companies involved.

Eighty-six per cent of the organisations that responded to the campaign’s questions in September said they were “extremely likely” or “likely” to consider retaining the four-day week policy after the trial period ends in December.

The bill, to be introduced by Labour MP Peter Dowd, is inspire by a similar one proposed in the United States by a Democrat from California, Mark Takano.

Dowd’s bill would effectively mandate a four-day week, and includes a clause that would see workers paid overtime of 1.5 times their ordinary pay if they worked more than 32 hours.

“Automation and technological advances mean that we can now achieve much more in a shorter amount of time.

“It was almost exactly a century ago that British workers switched from working a six-day week to a five-day week. The time has come to move to a four-day week with no loss of pay”.

Last month, a district council announced it would start a four-day week pilot in January, with no loss in pay for workers.

When that begins, South Cambridgeshire District Council will be the first UK local authority to introduce a four-day week pilot.

The four-day week is unsurprisingly resoundingly popular among workers when they are polled.

It has already been trialled on a large scale in some other countries, such as Iceland and Sweden.

Iceland’s pilot 35-36 hour work week, which ran between 2015 to 2019, was hailed as a success, and led to trade unions successfully negotiating a reduction in working hours.

Spain is also set to roll out a small-scale trial, allowing 6,000 employees of 200 small and medium-sized companies to extend their weekend by one day, with full pay.

The start date for that trial is yet to be determined.

3 years on, UK tech and innovation are stagnating in Brexit Britain