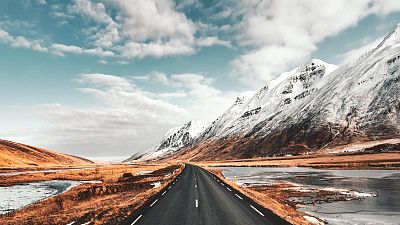 The Netherlands took the highest European position in the Global Competitiveness Report 2019 published by the World Economic Forum, the last substantive study made on road quality before the COVID-19 pandemic hit.

Some 12,987 business executives from 139 economies around the world were surveyed about the quality, extensiveness and condition of the roads in their countries.

Respondents had to position the road infrastructure of their countries on a scale from one to seven, with one being extremely poor and amongst the worst in the world, and seven being extremely good and among the very best.

In Europe, the survey revealed western Europeans have – or perceive to have – better road infrastructure in the continent. Eastern Europeans, on the other hand, have an overall grim picture of road quality in their countries.

Globally, the fourth and fifth place for the better quality of road infrastructure went to Hong Kong (6.1) and Japan (6.1).

The following graphic has divided countries into groups; light green colour means better road infrastructure, and bold red means the worst. Click on the group you’re interested in the legend of the graphic to see the countries that take part in it highlighted on the map.

A few surprises might come across from a quick glance at the map. Belgium (4.4) lags behind most of its neighbours in western Europe. So do Italy (4.4) Ireland (4.4) and Iceland (4.1).

On the eastern side of the Europe, Greece stands out with a score of 4.6, far from the top spot but stronger than its neighbours Bulgaria (3.4), North Macedonia (3.4) and Albania (3.9).

Another positive upshot is Turkey (5.0) which scored better than some Western and Nordic countries, such as Norway (4.5) and the UK (4.9).

What about the score for road safety in Europe? Is it linked to the quality of road infrastructure?

In 2020, road crashes in EU member states claimed about 18,800 lives and left more than 0.5 million people injured. Those figures might strike you as high, but the continent remains by far the safest region in the world when it comes to road safety.

However, there are important disparities among countries.

We should note that some of the countries that top the list with the lowest number of fatalities per million inhabitants, such as the Netherlands, Switzerland, Norway, Denmark and Finland, also rank high in the World Economic Forum's quality of road infrastructure survey.

Croatia, however, one of the top countries in quality of road infrastructure, ranks high in the fatalities list, and so does Portugal.

Globally in Europe, roads are becoming safer. This can be seen by the drop in the number of crashes resulting in injury or death from 2010 to 2020.

Italy has also come a long way, reducing the number by 44 per cent, from 70 crashes resulting in injury or death to 40. Croatia should also be noted with their 42 per cent drop, from 99 to 58.

As for the future years, the EU has set in a new EU road safety policy framework to reduce the number of road deaths by 2030 by 50 per cent, and also, for the first time, serious injuries.