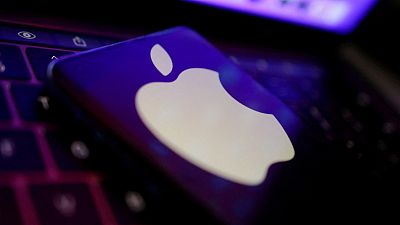 Moscow is demanding explanations from Apple after the Russian social network VK is pulled from its App Store.   -   Copyright  REUTERS/Dado Ruvic/Illustration/File Photo   -
By Euronews  with Reuters  •  Updated: 28/09/2022

Russia on Wednesday demanded an explanation from Apple after the tech giant removed the country's homegrown social network VK from its App Store.

Russia's communications regulator, Roskomnadzor, has been a thorn in the side of foreign tech firms in recent months, issuing fines over data storage violations and failures to remove content Russia deems illegal.

Such disputes have escalated ever since Moscow sent its armed forces into Ukraine in February, prompting Western sanctions and causing hundreds of companies to turn their back on business with Russia.

Along with VK's email service Mail.ru, Vkontakte must be pre-installed on mobile devices sold in Russia.

Roskomnadzor said Apple's actions had deprived millions of Russians of access to VK apps and demanded that it explain its decision.

Apple said it follows laws in the jurisdictions where the company operates.

It said the apps in question were being distributed by developers majority-owned or majority-controlled by one or more parties targeted by sanctions from the UK government.

Regardless of location, the apps cannot be downloaded from any App store, said Apple, which terminated the developer accounts associated with the apps to comply with UK sanctions.

VK CEO Vladimir Kiriyenko is under UK sanctions, along with his father Sergei Kiriyenko, who serves as President Vladimir Putin's first deputy chief of staff.

VK on Tuesday said that its apps, including Vkontakte, continued to work if already installed on smartphones, and that it was continuing to develop and support apps for Apple's iOS operating system.

Roskomnadzor also asked Apple to explain its removal of other apps, including those of airline Aeroflot and a number of banks such as top lenders Sberbank and VTB.