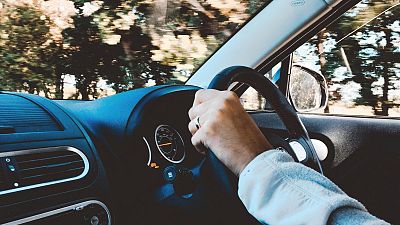 Swapping your car for walking or cycling will not only reduce emissions and improve your health but could also save you a considerable amount of money.

It seems that driving a car costs much more than people think. A study originally published in 2020 in the journal Nature found that German motorists underestimated the daily costs of running a car by almost 50 per cent so the actual costs are nearly twice what people think.

Not only does this make driving a car seem a more desirable option but the perception that it costs much less than it does, makes alternative forms of transport - such as car sharing, public transport, cycling or walking - seem far less attractive.

When it comes to car buying, high on the list of priorities for most people are price, fuel economy, space, performance and safety. And it's a purchase most people put a lot of thought and research into, given it's one of the most expensive they are likely to make.

But we don't always tend to give the same level of thought to the lifetime running costs and from fuel, depreciation to the cost of repairs, tax and insurance these can be substantial.

So, why do motorists have such a knowledge gap when it comes to day to day car costs? The reality is that costs are only one factor when it comes to car ownership; there is also the emotional allure.

Cost of owning a car vs emotions

Appealing to car drivers as rational decision-makers with sound financial judgement is one thing but for many people, cars are much more than simply a means of getting from A to B.

Car manufacturers have for years focused on something quite different: the emotions and feelings that are evoked by driving.

Car advertisements use slogans such as "The power of dreams," "The car you always promised yourself" and "Engineered to move the human spirit".

With this in mind, is it perhaps easy to see why traffic management strategies based on the assumption that people will reconsider their travel choice when car use becomes more expensive or inconvenient rarely do anything to reduce car ownership.

In the UK alone, there are 32 million registered cars on the country’s roads. In 2022, new car registrations dropped by only 0.3 per cent. In the EU, car usage increased year-on-year for five years to 250 million vehicles by 2020.

The private car remains the top choice for commuting, as it seems motorists simply put up with the time delays, or pay the extra parking fees or congestion charges.

Why? Because cars constitute highly personalised spaces where you can engage with family and friends, listen to music and comfortably isolate yourself from the outside world.

But cars are also incredibly expensive to run and the Nature study suggests if we realised just how much these are, motorists would choose alternative forms of transport.

People make their choices based on their perceived costs but faced with the true costs of motoring, the study estimates that a reduction in car ownership of 37 per cent could be achieved, with an increase of around 8 per cent and 12 per cent in bus and rail travel respectively.

Rethinking our love of cars

At a time when finances are being squeezed by the cost-of-living crisis, knowing the actual cost versus the perceived costs of motoring could have many drivers rethinking their love of cars.

Cars could be labelled with annual costs at the point of sale in the same way that energy rating labels are used on household products, like lightbulbs, television sets or washing machines, information about average running cost figures could be displayed and nationwide publicity campaigns could encourage consumers to calculate the cost of driving accurately on their own cars.

Car adverts could also include lifetime costs in the same way as all French car ads appearing across print, TV, radio, billboards and online are required to carry one of three messages to encourage active travel: "For short journeys, prioritise walking or cycling,” "Think about car-sharing" and "On a daily basis, take public transport".

To encourage people to swap some of their short car journeys for walking or cycling, an improved bank balance could tip the scales in favour of leaving the car behind.

Whether it's curtailing air travel or eating less red meat, more and more of us are looking for ways to reduce our impact on the environment.

For many of us, it would be a big step to stop using our cars completely but with the rising cost of petrol and diesel, driving is not the cheaper option. Even a couple of journeys swapped every week for active travel could make a big change to the planet and to your pocket.