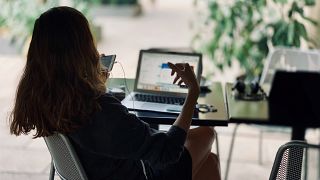 Denmark has the best digital quality of life in Europe, according to an index that looks at factors such as Internet affordability, security and quality.

In its 2022 index on digital quality of life, the Dutch VPN company Surfshark ranked 117 countries, with most of the top spots taken up by European countries.

Israel was ranked first globally, while Denmark, Germany, France and Sweden made up the rest of the top five.

The global top 10 also includes the Netherlands, Finland, and Great Britain, meaning seven of the top 10 are European countries. Japan (ranked eighth globally) and South Korea (ranked 10) were, along with Israel, the only non-European countries in the top tier.

At the bottom of the rankings for Europe are Bosnia and Herzegovina (80th globally), Montenegro (75th globally), and Belarus (69th globally).

A small number of European countries weren’t included in the report, such as Iceland.

What is ‘digital quality of life’?

The ranking is based on scores looking at five factors which are: Internet affordability, Internet quality, electronic infrastructure, electronic security and electronic government.

Affordability is determined by how much time people have to work to afford a broadband or mobile Internet connection. According to the index, Germany has the most affordable Internet in Europe, ranking third in the world behind Israel and Armenia.

Quality refers to speed and stability of the connection, while the infrastructure score is based on how well developed and inclusive access to electricity is. Denmark was the top European country for both quality and infrastructure.

Electronic security looks at how safe and protected people feel, and at cybersecurity issues such as privacy and ability to counter cybercrimes.

Greece ranked not only highest in Europe but highest in the world for digital security, followed by Lithuania, Belgium, the Czech Republic and Germany – an entirely European top five.

Lastly, electronic government refers to a country’s digitalisation of government services. The United States was ranked top globally for this, while the UK was top for Europe and in third place globally.

Here’s a map of where each country in Europe stands.

One of the notable findings from the report is that GDP per capita isn’t the primary determinant for higher digital quality of life.

Seventeen countries exceeded their expected score given their GDP, including Ukraine, Brazil, Poland, Turkey and Thailand.

"While countries with a strong digital quality of life tend to be those of advanced economies, our global study found that money doesn't always buy digital happiness," said Gabriele Racaityte-Krasauske, Head of PR at Surfshark.

Why hybrid working is here to stay and companies should adjust

Back to uni dorms? Meet the Europeans embracing ‘co-living’

Soaring energy bills: Does it help to run appliances at night?