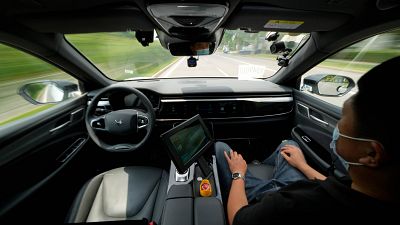 Autonomous vehicle start-ups have raised billions of dollars based on promises to develop cars that can drive themselves.

But it would seem that some experts and industry executives are beginning to doubt the possibility of autonomous vehicles ever being able to operate without some form of human supervision.

"The problem with truly autonomous vehicles is that robot drivers are just not as quick as human drivers in assessing situations and making decisions as they drive,” according to Reuters Senior Correspondent and transport specialist, Nick Carey.

“It's very difficult for machines to view the world that we do and assess, see what's happening, see what's coming and make decisions," he added.

Many AV startups today use humans as remote supervisors, alongside safety drivers sitting behind the wheel.

Human supervisors could be sitting tens of hundreds of miles away monitoring video feeds from multiple driverless vehicles all at once.

Those remote humans are an additional expense, but they can help self-driving cars handle edge cases.

These could include something as basic as an unfamiliar set of lane closures during road construction or erratic, unpredictable behaviour by pedestrians or other drivers.

Autonomous vehicle company Cruise says it relies on human supervisors less than 1 per cent of the time.

But CEO Kyle Vogt told Reuters that their presence provides invaluable peace of mind for drivers.

“Those humans need to step in about 1 per cent of the time to tell the autonomous vehicles what to do in the long term. They may be needed in fewer cases, but will certainly be needed to help the vehicles,” explained Carey.

In June 2022, a Cruise vehicle was involved in a crash in San Francisco that left two people injured.

GM recalled and updated software in its self-driving vehicles and said the unusual scenario would not recur after the update.

For some, the idea that human supervisors could be here to stay raises more doubts about the technology.

Truly autonomous vehicles are far behind the optimistic rollout schedules predicted just a few years ago.

And the undelivered promise of true autonomy has raised the stakes for the AV industry.

"We're now several years beyond where the likes of Tesla or Cruise are promising that they'd have driverless robo taxis operating in large numbers on the roads,” explained Carey.

“Investors have put serious money into this, and these autonomous vehicle companies have yet to deliver,” he added.

The problem, according to Carey, will be more acute for the smaller start-ups trying to stake a place for themselves in the industry.

“Those with deep pockets or with big backers are likely to continue. But there's an open question as to the survival of some of the smaller players in the long term if they can't raise more money".

Free public transport: Has the idea worked or is it just a gimmick?