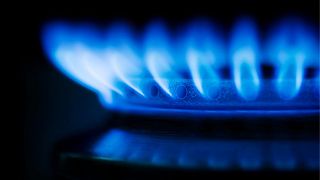 Many gas market analysts expect prices to remain elevated for the next two years or more.   -   Copyright  Canva
By Euronews  with Reuters  •  Updated: 06/09/2022

Europeans are facing much higher energy bills this year and beyond as a global surge in wholesale power and gas prices exposes the most vulnerable to fuel poverty, consumer groups warn.

People are searching for big and small ways to cut their utility bills, while governments are stepping in to cap spiralling prices and offer subsidies to the households and businesses hit the hardest.

Here's what you need to know about Europe's energy crisis, what it means for you, and what you can do to keep your bills in check.

Why are energy prices so high?

Energy companies pay a wholesale price to buy the gas and electricity they sell to consumers. As in any market, this can go up or down, driven by supply and demand. Typically, prices rise in response to higher demand for heating and lighting in winter, and fall in summer.

Just before the war started, the German government halted the Nord Stream 2 pipeline that would have doubled the amount of Russian gas shipped to Europe.

In July, Russia cut volumes pumped through Nord Stream 1 to 20 per cent of capacity, citing maintenance issues, in what the German government said was a pretext used by Moscow to hit back against Western sanctions.

On September 2, Russia scrapped a Saturday deadline to resume flows via Nord Stream 1 to Germany, deepening Europe's difficulties in securing winter fuel, after saying it had found faults in the pipeline during maintenance.

Nord Stream 1, which runs under the Baltic Sea, had been due to resume operating after a three-day halt for maintenance.

French nuclear outages and a heatwave across Europe this summer have also boosted demand.

Benchmark European gas prices at the Dutch TTF hub have risen by nearly 350 per cent year on year, while German and French front-year power contracts have leapt by 540 per cent and 790 per cent respectively.

Retail prices are rising too

Many energy suppliers pass on higher wholesale costs to consumers through their retail tariffs.

In Britain, for example, on a dual fuel (electricity and gas) bill, the wholesale cost can account for 40 per cent of the total.

Suppliers can buy energy on the wholesale market on the day of delivery, a day ahead and up to months or seasons in advance, as they try to predict when prices will be lower and how much to purchase to cover their customer needs.

If suppliers do not buy enough energy, they might have to buy more at a price that could be higher, depending on market movements.

How long could this last?

Many gas market analysts expect prices to remain elevated for the next two years or more.

Global competition for gas and coal this winter is expected to prevent prices from dropping, while any more disruption to Russian gas supplies, such as a full stoppage through Nord Stream 1, could make them rise further.

Although European countries are on track to refill gas storage sites to a minimum level of 80 per cent by October 1, an extra cold winter could deplete those reserves quickly.

What are governments doing to tackle the energy crisis?

In July, the European Union asked its member states to reduce gas demand voluntarily by 15 per cent this winter with the possible introduction of mandatory cuts.

Several European governments had already taken measures to drive consumption down before the announcement, such as laws on air conditioning and heating levels in public and commercial buildings.

French President Emmanuel Macron is now calling for a sharp 10 per cent reduction in the country’s energy use in the coming weeks to avoid the risk of rationing and cuts this winter.

Germany has already moved to the second stage of a three-tier emergency gas plan. The third stage envisages supply being curtailed to industry.

It will also introduce a gas levy to distribute the high costs of replacing Russian gas among all end-consumers from October but this could see German energy bills rise by another €480.

Governments have also announced measures such as subsidies, removing environmental levies or value-added tax (VAT) from bills and price caps.

Britain, which relies heavily on gas for heating, introduced a price cap on the most widely-used energy tariffs in 2019 that sets a maximum charge per unit of energy and limits suppliers' profits to 1.9 per cent.

What can consumers do to keep energy bills in check?

Demand is usually higher in the winter gas season, which runs from October to March.

However, according to Bernstein analysts, certain measures could reduce household gas demand by a third.

Turning a thermostat down by 1 degree to 19 degrees Celsius from 20C could reduce household gas demand by around 7 per cent.

Lowering the temperature by another one degree could reduce household gas demand by a further 7 per cent. Wearing a thick jumper at home during the winter season could deliver another 4 per cent saving in household demand.

Turning radiators off in unused rooms, replacing shower heads with water-efficient ones and only using boilers twice a day could save a further 7 per cent of demand.

In Britain, the "Don't Pay UK" campaign is calling for a reduction in energy bills to an affordable level and urges people to cancel their direct debit energy payments from October.

More than three-quarters of UK bars are facing financial run