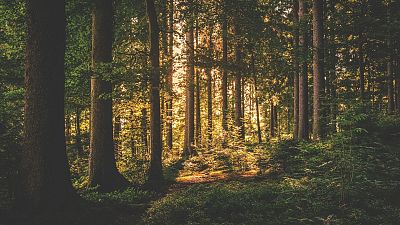 Researchers have discovered that a naturally occurring compound found in the bark of some trees is able to kill drug-resistant bacteria, making it a potential key tool in the fight against superbugs.

Hydroquinine, which can already be used to treat malaria in humans, has bacterial killing abilities, according to a new study by scientists from the University of Portsmouth in the United Kingdom and Naresuan and Pibulsongkram Rajabhat Universities in Thailand.

"Using bacterial killing experiments, we found that hydroquinine was able to kill several microorganisms, including the common multidrug-resistant pathogen pseudomonas aeruginosa," said Dr Robert Baldock from the School of Pharmacy and Biomedical Sciences at the University of Portsmouth.

"Characteristically, we also discovered that one of the main mechanisms used by these bacteria to escape killing activity of the drug was upregulated with treatment - indicating a robust response from the bacteria," he added.

"By studying this compound further, our hope is that it may in future offer another line of treatment in combatting bacterial infections".

Antimicrobial resistance is an urgent global public health threat, killing at least 1.27 million people worldwide and associated with nearly 5 million deaths in 2019, according to the US Centers for Disease Control and Prevention (CDC).

It occurs when bacteria, viruses, fungi, and parasites change over time and no longer respond to medicines. This makes infections harder to treat and increases the risk of disease spread, severe illness, and death.

The World Health Organization (WHO) has declared antimicrobial resistance one of the top 10 global public health threats facing humanity.

High rates of resistance against antibiotics frequently used to treat common bacterial infections including urinary tract infections, sepsis, sexually transmitted infections (STIs), and some forms of diarrhoea, have been observed worldwide, says the WHO.

This indicates that we are running out of effective antibiotics, says the organisation, adding that the "clinical pipeline of new antimicrobials is dry".

"Our future research aims to uncover the molecular target of hydroquinine," said Dr Jirapas Jongjitwimol from the Department of Medical Technology at Naresuan University.

"This would help our understanding of how the compound works against pathogenic bacteria and how it could potentially be used in a clinical setting".

'A tree for each citizen': Reforestation project to transform Milan