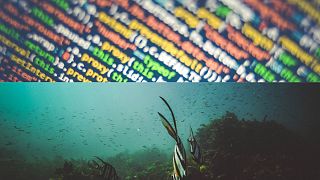 The first US commercial subsea data centre is set to touch the seabed of the Pacific ocean by the end of this year.

The “Jules Verne Pod” is scheduled for installation near Port Angeles, on the northwestern coastline of the United States, and could revolutionise how servers are run.

The pod, which is similar in size to a 6-metre shipping container, will accommodate 800 servers and be just over nine metres underwater. The innovation is intended to reduce carbon emissions by 40 per cent.

“We are environmentally conscious and we take full advantage of sustainability opportunities, including energy generation, construction methods and materials,” Maxie Reynolds, founder of Subsea Cloud, the company making the pods, told Euronews Next.

In February, Subsea Cloud said their first 10 pods would aim to offset more than 7,683 tons of CO2 in comparison with an equivalent land-based centre by reducing the need for electrical cooling.

At the time, Subsea said their data centres would be aimed at healthcare, finance, and the military in the US.

What are subsea data centres?

Data centres are used to centralise shared information technology (IT) operations and are essential for the running of our daily lives; the Cloud, Google, and Meta all have data centres that they use to run their products.

The Jules Verne Pod comes after a previous government project by Subsea and will be followed by the Njord01 pod in the Gulf of Mexico and the Manannan pod in the North Sea.

A seabed data centre is also planned by Chinese company Highlander off the coastal city of Sanya, on Hainan Island.

“The savings are the result of a smaller bill of materials, less complexities in terms of deployment and maintenance, too,” said Reynolds.

“It’s complex and costly to put in the infrastructure in metropolitan areas and actually in rural areas too. There are land rights and permits to consider and labour is slower and can be more expensive”.

The feasibility of underwater data storage was proved by Microsoft in 2020.

In 2018, the software giant launched “Project Natick”, dropping a data centre containing 855 servers to the seabed off Orkney, an archipelago on the northeastern coast of Scotland.

Two years later, the centre was reeled up to reveal that only eight servers were down, when the average on land in the same time frame would have been 64.

As well as reducing costs and their environmental footprint, underwater data centres could also provide a faster internet connection.

Subsea claims that latency - or data lag - can be reduced by up to 98 per cent with its underwater pods.

“Latency is a byproduct of distance, so the further these data centres get away from metropolitan areas, the more of it is introduced,” said Reynolds.

Around 40 per cent of the world’s population lives within 100 km of a coast, and in major urban coastal centres like Los Angeles, Shanghai, and Istanbul, the installation of Subsea’s data centres could vastly improve how people use their devices.

Signals travel at 200km/millisecond and the average data centre is 400km away from an internet user, meaning a round trip takes 40 milliseconds. This could be reduced by up to 20 times to 2 milliseconds by Subsea’s pods due to the reduced distance.

“My competitors are the inefficient, wasteful timeworn data centres that create long lasting business, environmental and societal problems from the day they are built,” said Reynolds.

“Players in the subsea data centre space are, for now at least, long-distance allies rather than competitors. We need one another if we are to reshape and redesign the industry for the better”.