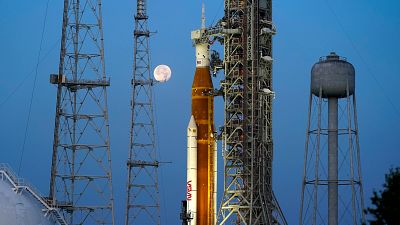 NASA’s ambitious Artemis program to send the first person of colour and the first woman to the moon by 2024 has not been without its difficulties, and the first milestone, an unmanned lunar orbit by a spacecraft capable of carrying humans, is fast approaching.

On August 29, the space agency will begin Artemis 1, the mission to send the Orion crew capsule to orbit the moon before returning to Earth in a test flight that will also mark the first launch of the powerful Space Launch System (SLS) rocket.

The expedition is predicted to last a total of 42 days.

From 2024, astronauts will travel aboard Orion for the same trip. The following year, at the earliest, Americans will once again step foot on the Moon.

But the lunar surface is not the only destination NASA has within its sights.

Sending humans to the Moon is seen as the necessary first step to accomplishing the future manned mission to Mars.

“Everything we’re going to do on Artemis-1, Artemis-1 leads to Artemis-2, which leads to Artemis-3, when we hope to have humans on the surface of the Moon,” said Reid Wiseman, Chief Astronaut at NASA’s Johnson Space Centre.

“Artemis-3 is leading to the rest of the Artemis program: on the surface of the Moon, and then the first humans tracking out to Mars and putting our footsteps, and building science laboratories, and inhabiting another planet," he added.

Where did the 'alien obelisk' found in Australia come from?