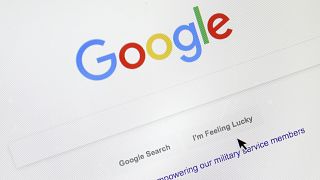 For a brief time in the early hours of Tuesday, Google was down.

While in Europe people might have hardly noticed its temporary absence (unless they were wide awake, posing Google one of those existential questions that only come to mind in the dead of night), the outage happened in the middle of the afternoon in the US, where thousands of users were suddenly left in the dark.

People in more than 40 countries around the world, including Kenya, Australia, Israel, Japan, South Africa, China and parts of Latin America, were also affected by Google’s outage, according to network intelligence company ThousandEyes Inc.

Outages are not something that happens often to Google, the world’s dominant search engine which has become a synonym for searching for information on the Internet.

And it’s not by chance. It’s by avoiding continuous disruptions and outages that Google sank Internet Explorer and established a quasi-monopoly in the search engines sector.

The company has been quite transparent about its focus on system administration and site reliability, about which they even published a book entitled ‘Site Reliability Engineering’.

But the billions who use Google every day think little about why and how the search engine works; they simply take its constant availability and ubiquitous presence for granted.

So, it’s no surprise that many were taken aback yesterday when the site suddenly became inaccessible.

While most flocked to Twitter to see what was going on and complain about the issue, others discussed which other browser to use in Google’s absence.

Bing to the rescue

For many - especially those who don’t use an Apple device and are not familiar with alternative browsers and search engines like Safari - Google’s outages are a time of reckoning during which they realise there are, in fact, several other alternatives to Google.

"Every gen z finding out that there’s a search engine besides Google rn #Bing," wrote someone on Twitter, joking about how young users - who predominantly use Google for their searches - were suddenly "discovering" Microsoft’s signature search engine.

Bing, Microsoft’s search engine, is indisputably the winner of every Google outage, with traffic surging on its page.

"Google isn't working on any of my devices. Is @Google down? Guess Bing reigns superior," tweeted another.

"Google is down and I refuse to use Bing…What the hell am I gonna do?" wrote a user on Twitter.

Available in 40 languages and powered by Microsoft since 2006 (when it was still called Windows Live Search), Bing is generally considered a safer and more private search engine than Google. It’s even said to be better for video searches.

But despite this, the site has always struggled to keep up with the older search engine giant with Google being more familiar to many around the world (it’s estimated to be used by 70 per cent of the population) and this favours its algorithm, which is completely different from Bing’s.

What other browsers are there?

Though Google is revered as the number one search engine in the world (to the point that in Japan the browser is referred to as “Google sensei”, or “Google teacher”) is far from being the only search engine available in the world.

Millions of people have already ditched Google for less popular, more niche search engines that offer what the biggest search engine in the world doesn’t.

Those looking for stricter privacy choose DuckDuckGo which doesn’t track users’ activity and whose interface isn’t loaded with ads, or Qwant, which uses local storage in your computer to save your data and settings, and promises to delete them if you cancel your account.

The climate warriors might use Ecosia, a Berlin-based search engine powered by Bing which raises money to support the planting of new trees in Burkina Faso, Madagascar, Indonesia and Peru each time someone clicks on an ad featured on its page.

These are some of the most popular alternatives after Yahoo and Bing, which still attract the most user base after Google.

But, beyond the search engine giant, there’s so much more out there.

While Google is, without doubt, the one place where you can find everything, anywhere, all at once, there are specialised sites on hand to offer small parts of what Google does for you.

If Google Translate is down, you can use Ludwig. If Gmail doesn’t work, there’s Outlook, Yahoo, GMX and so much more. Should Google Drive fail you, you can trust Dropbox to still be there for you.

It’s unlikely that this latest outage has made a dent in Google’s dominance in the sector or its popularity. If anything, it has demonstrated how much people rely on it.

But it’s good to know that, when the light goes off for the search engine giant, there are still many, many ways we can ask the Internet to answer those burning questions of ours.