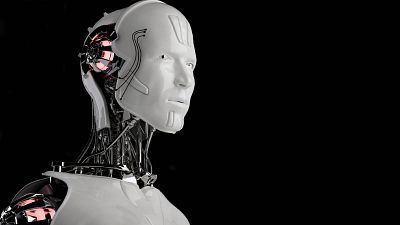 What makes a robot unhuman must be its uncannily perfect behaviour.

In an effort to make robots more humanlike, an Italian research team implemented human characteristics in a robot, such as variable lengths of time to respond, in a bid to see if they could successfully convince participants in their study they were interacting with a human.

A researcher behind the study, Agnieszka Wykowska, was inspired by the Turing test - a method of determining if a machine can be described as intelligent - and designed a similar experiment.

The participants were asked to press a button when a green box appeared on the screen, while the iCub humanoid robot sitting next to them responded to red boxes.

The researchers found that if the robot demonstrated a common human characteristic, participants could not distinguish whether they were interacting with a person or a machine.

“And now this shows altogether that there is a sensitivity in our brain to detect very subtle hints of humanness in the robot behaviour,” said Professor Agnieszka Wykowska, head of Social Cognition in Human-Robot Interaction at the Italian Institute of Technology in Genoa.

“What we want to examine is what sort of impact does that have for social attunement with a machine?” Wykowska said.

“If we design robots with these kinds of very subtle behaviours that remind us of other humans, whether that will make us humans interact with the robot better, more smooth,” she added.

The study, published in Science Robotics journal, is the first step to understanding what kind of activities involving social interaction robots could be successfully used for in future, such as in the healthcare or manufacturing sectors.