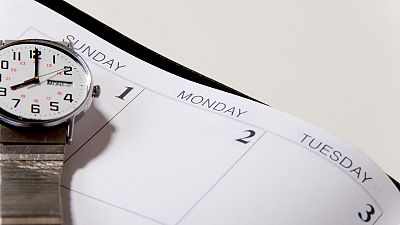 For the past few years, the four-day workweek has taken centre stage as a possible way to improve employees’ work-life balance and wellbeing, especially as the pandemic made many rethink their priorities.

While many consider it a ground-breaking alternative to the daily grind of a Monday-to-Friday workweek, for many others it turned out to be a big headache.

The four-day workweek has been widely tested across the world (though not everyone has had the chance to try it) and has even been permanently adopted by multiple companies in several countries after trials showed the shorter workweek improved employees’ wellbeing and happiness while maintaining the same level of productivity.

But in many companies, the four-day workweek proved tricky, and even controversial. In some industries, it is simply impossible to take Fridays off, while in those where workers were allowed a three-day weekend, time off often came after an exhausting shorter week during which employees had to work even harder than usual to make up for the ‘lost’ day.

But if the four-day workweek isn’t the universal solution it promised to be, does it mean this is the end of many people's dreams of working less?

Researcher Dr Mansoor Soomro, Senior Lecturer in Sustainability and International Business at Teesside University in the UK, told Euronews Next that the shorter workday could be a better way to offer workers more flexibility than the four-day week.

“You're going for the same number of days and for mostly the same standard hours,” Soomro said. “So I think that would be a good start”.

Why not work less?

The eight-hour workday is the way things have been done for decades, but not necessarily the smartest or healthiest way to work. It dates back to the Industrial Revolution, a period which, as influential as it has been in human history, did not have workers’ interests in mind.

At the time, the eight-hour workday was a progressive policy created to stop workers - including children - from breaking their backs in factories by working up to 16 hours a day. The specific amount of time was based on the idea that the 24 hours in a day could be split evenly into three parts necessary for people’s lives: eight hours of labour, eight hours of recreation and eight hours of rest.

But nobody ever said that eight hours was the ideal amount for people to work. Quite the opposite, in fact.

Several recent studies have found that workers’ focus and productivity tend to plunge after about five hours of work, with a British survey in 2019 showing that office workers felt productive for only about half of the day and spent the rest of the time browsing social media, making tea and coffee or looking for other jobs.

A 2014 research paper from Stanford University in the United States said that workers’ productivity plunged when they worked over 50 hours per week, to the point that people working 70 hours per week were getting the same amount of work done as those working 55 hours.

The idea of shortening the workday instead of the workweek has been suggested by psychologists who believe working six hours instead of eight hours would be a more feasible option for businesses while having the same beneficial impact on workers’ wellbeing as the four-day workweek.

In Europe, the Netherlands is the country where workers work the least amount of hours, with an average of 30.3 hours per week against the standard average of 40 hours per week in 2021, according to the Organisation for Economic Cooperation and Development (OECD).

All three countries rank among the top countries in the world with the highest levels of productivity.

Could anything go wrong?

One of the main concerns about reducing working hours is that countries cannot afford such experiments at a time when the economy is in such a dire state.

Despite the positive economic outlook in the Netherlands, Denmark and Norway, for example, the OECD has recommended these countries increase their productivity to accelerate the recovery from the COVID-19 pandemic as they face rising inflation and a cost-of-living crisis.

Trials to introduce new policies like the six-hour workday are often expensive - and the costs are sometimes found to outweigh the benefits.

A 2016 government-funded trial at the Svartedalens retirement home in Gothenburg, Sweden, proved that nurses working at the facilities who had their shifts cut from eight to six hours while keeping the same pay were 20 per cent happier than those who kept the usual eight-hour shift, and much more likely to engage in activities with the patients at the home.

But, unfortunately, the initiative was found to be unaffordable in the short term, as the nursing home had to hire 17 more nurses to match the reduced working hours of existing staff.

Another cause for concern is a phenomenon that manifested itself in trials of the four-day workweek: workers feeling crushed by increased time pressure.

A six-hour working day is flexible, but I think that the four-day workweek would be considered as the more flexible option.

Soomro told Euronews Next that a backlash from the four-day workweek is the “fear and uncertainty” felt by employees concerned about their bosses thinking they had been slacking off for years if they’re now capable of doing the same work in fewer hours.

"It's kind of a sense of guilt that people have, if, actually, the work was meant to be completed in four days and all this time I was doing it in five days, was that a stretch?" Soomro said.

The other side of this issue is the workload.

Many already work overtime, often unpaid, and a new six-hour pattern would need to be strongly regulated to make sure people don’t end up working eight hours a day anyway in order to complete their tasks if their workload remains the same.

But there’s more - and this time it has nothing to do with rest and relaxation, or work-life balance.

In times of rising inflation and a looming cost-of-living crisis, as many struggle to pay the bills, their rent and fill up the fridge, Soomro said that it would be easier for people to pick up extra work or "side hustles" in a four-day workweek than a six-hour workday.

"A four-day working week helps a lot of employees in finding side hustles, side jobs. So some of the people might think that, okay, a lower number of hours makes it a little bit easier, but actually the extra one day off will help me more," said Soomro.

"So a six-hour working day is flexible, but I think that the four-day workweek would be considered as the more flexible option," Soomro added.

"However, both of them would be certainly appreciated".

Can the US dollar be toppled as the world's premier reserve currency?