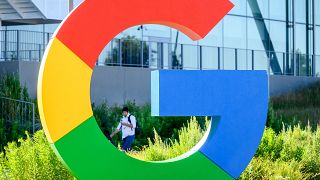 Alphabet's Google Maps on Wednesday launched its panoramic Street View service in 10 Indian cities in partnership with Tech Mahindra and Genesys, 11 years after a first attempt ran into regulatory troubles.

The feature, which offers 360-degree views of streets around the world using photos taken by cruising vehicles, has faced privacy complaints and regulatory scrutiny in many countries.

The Indian launch comes after Google was denied permission at least twice in the last decade by the government over security concerns.

Company executives said on Wednesday it was able to meet the regulatory requirements thanks to a new geospatial policy from India last year, which allows foreign map operators to provide panoramic imagery by licensing the data from local partners.

Data collection was entirely done by Tech Mahindra and Genesys, Google said, adding the service would be available in over 50 Indian cities by the end of this year.

Wednesday's announcement coincided with a similar feature launch from MapmyIndia, which powers Apple Inc's maps in the country. Its Mappls RealView is live across thousands of cities, the company said.

Fugitive arrested after being spotted on Google Maps' Street View