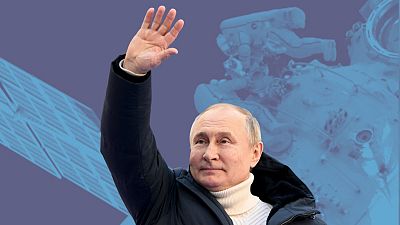 As tensions continue to grow between Russia and the West over the ongoing war in Ukraine, Moscow has announced it will quit the International Space Station (ISS) after 2024.

The decision, reported by the Russian media, was announced during a meeting between Russia’s president Vladimir Putin and Yuri Borisov, the newly-appointed Director-General of Roscosmos - Russia’s space agency.

The announcement, while generally seen as bad news for international cooperation in space, does not mean Russia is giving up its galactic ambitions with Moscow suggesting it will create a new orbital station of its own.

Borisov, who replaced predecessor Dmitry Rogozin after he was personally removed as head of Roscosmos by Putin earlier this month, called the decision to go solo and build Russia’s own space station "raising the bar" in the space industry and the programme’s main "priority".

"Of course, we will fulfill all our obligations to our partners, but the decision to leave this station after 2024 has been made," said Borisov.

With Russia’s exit from the ISS goes one of the few remaining areas where Moscow was still peacefully cooperating with Western countries.

Tensions had mounted in the wake of the invasion of Ukraine in February and the subsequent sanctions imposed on Russia, with a war of words erupting between NASA and Roscosmos over the future of the ISS.