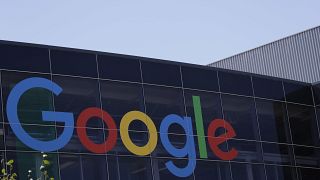 Google has been fined more than €360 million by a Russian court for failing to remove content related to the Ukraine war.

This included content containing so-called "fake news" about the war in Ukraine that discredited the Russian military. YouTube was also accused of failing to remove videos that promoted "extremism" and called on youths to take part in "unauthorised mass actions".

On Monday, the district court in Moscow fined Google around 21.1 billion rubles (€361 million).

According to state media, it is the largest fine ever imposed on a Big Tech company by a Russian authority.

"Google and its information resources are regularly held administratively liable for violations of Russian law regarding the failure to remove prohibited information," the watchdog said in a statement.

The fine for the repeated offence was calculated based on Google's "annual turnover," it added.

In recent years, Russian authorities have stepped up their crackdown against major Western social media platforms.

Google has not yet responded to the court's verdict and can appeal the fine.