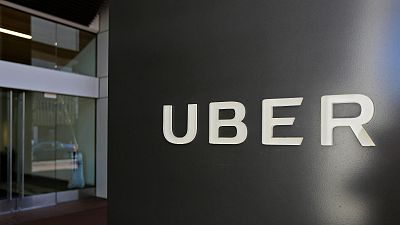 Uber is being sued by 550 women in the United States who claim they were sexually assaulted by drivers on the ride-hailing platform.

The complaint, filed on Wednesday, alleges that women passengers in multiple states were “kidnapped, sexually assaulted, sexually battered, raped, falsely imprisoned, stalked, harassed, or otherwise attacked” by Uber drivers with whom they had been paired through the Uber application.

These latest accusations come just days after the leaking of the so-called Uber Files, a trove of over 124,000 documents spanning the period between 2013 and 2017, which detail a history of lawbreaking, secret lobbying and ethically questionable practices at the company.

At least 150 more potential cases are being “actively investigated,” said the law firm.

"Sexual assault is a horrific crime and we take every single report seriously," an Uber spokesperson told Euronews Next.

"There is nothing more important than safety, which is why Uber has built new safety features, established survivor-centric policies, and been more transparent about serious incidents".

"While we can’t comment on pending litigation, we will continue to keep safety at the heart of our work," the spokesperson said.

Uber subsequently added in an emailed statement that while the law firm says it represents 550 women with claims against Uber, it had only filed 12 cases against the company to date.

"They have not been able to provide any critical incident details for us to identify a connection to the Uber platform," the statement read.

The lawsuit alleges that Uber became aware as early as 2014 that its drivers were sexually assaulting and raping female passengers, but that nevertheless sexual predators driving for Uber have continued to attack passengers. It accuses Uber of prioritising “growth over customer safety” instead.

"Uber's whole business model is predicated on giving people a safe ride home, but rider safety was never their concern - growth was, at the expense of their passengers' safety," said Adam Slater, founding partner of Slater Slater Schulman.

"While the company has acknowledged this crisis of sexual assault in recent years, its actual response has been slow and inadequate, with horrific consequences”.

The lawsuit comes after Uber last month released its second US Safety Report, in which it stated there were 998 sexual assault incidents, including 141 rape reports, in 2020.

The report also said that Uber had received 3,824 reports of the five most severe categories of sexual assault in 2019 and 2020. These range from "non-consensual kissing of a non-sexual body part" to "non-consensual sexual penetration," or rape.

The ride-hailing platform’s first safety report, which covers 2017 to 2018, found 5,981 reports of sexual assault across these five categories.

"There is so much more that Uber can be doing to protect riders: adding cameras to deter assaults, performing more robust background checks on drivers, creating a warning system when drivers don't stay on a path to a destination," said Slater.

“Acknowledging the problem through safety reports is not enough,” he added. “It is well past time for Uber to take concrete actions to protect its customers”.