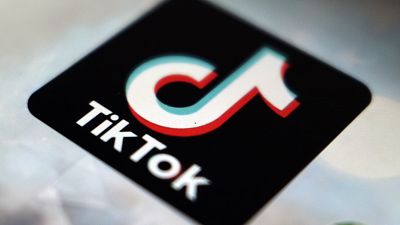 TikTok paused controversial changes to its privacy policy for targeted advertising, a day before they would have started on Wednesday, while the lead European Union regulator studies whether they comply with its data protection rules.

Italy's data protection authority sounded an initial alarm, saying that Chinese-owned TikTok had told users of the video app that it was going to deliver targeted advertising to them from July 13 without requesting consent for using data stored on their devices.

The Italian watchdog had informed Ireland's Data Protection Commission (DPC) of TikTok's potential breaches of EU data rules. The Irish body is the lead EU regulator for TikTok and other leading internet businesses.

"Further to engagement with the DPC yesterday (July 11), TikTok has now agreed to pause the application of the changes to allow for the DPC to carry out its analysis," the DPC said in a statement.

It added that it had raised the matter with all other data supervisory authorities in the 27-member EU.

TikTok, which has achieved rapid growth, particularly among younger people, confirmed it was pausing the changes to its privacy policy in Europe but defended its plans for targeted advertising.

"We believe that personalised advertising provides the best in-app experience for our community and brings us in line with industry practices, and we look forward to engaging with stakeholders and addressing their concerns," a TikTok spokesperson said.

The Italian data protection authority welcomed what it called a responsible decision on the part of TikTok to suspend the planned changes.

Companies operating in the EU can face fines of up to 4 per cent of their global revenue for privacy breaches.

The DPC has already opened two other inquiries into TikTok, related to the processing of children's personal data and transfers of personal data to China.

This new system could finally make it easier to understand GDPR