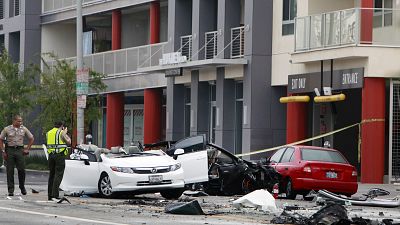 In a year that has already brought some bad news for the world's largest electric vehicle (EV) company, there's more trouble brewing for Tesla.

US auto safety regulators - the National Highway Traffic Safety Administration (NHTSA), which Tesla CEO Elon Musk once called "the fun police" - published a report on Wednesday showing that 273 Tesla vehicles have crashed since July last year because of issues with the EVs' driving assistance systems (ADAS).

That's more than any other automaker has reported in the same period: The total number of crashes reported by automakers and tech companies between July 1 2021 and May 15 2022 was, altogether, 392, according to the NHTSA.

That means over 69 per cent of all ADAS-related car crashes in that period involved Tesla's vehicles. Second came Honda cars, which accounted for 90 incidents - or 23 per cent - while all other automakers together accounted for 10 or fewer crashes.

Tesla does have many more vehicles with partly automated systems operating on US roads than most other automakers do - roughly 830,000. And it collects real-time data online from vehicles, while some other carmakers must wait for reports to arrive from the field and sometimes don’t learn about crashes for months.

How bad were these incidents?

As a result of these car crashes, six people died and five reported serious injuries. Five of these fatalities were linked to Tesla ADAS-related crashes.

The US safety regulator's order for automakers to submit data related to ADAS-related incidents was actually prompted by fatal crashes in the past six years involving Tesla's vehicles.

The NHTSA has separately opened 35 special crash investigations involving Tesla vehicles in which ADAS was suspected of being used.

Nine such crashes resulted in the death of 14 deaths since 2014.

Is Tesla's driver assistance system worse than any other company's system?

Though the NHTSA has appeared on a mission to punish Tesla in the past few months, recalling millions of vehicles over the past year for a number of different issues, this time the US auto safety regulator said that Tesla's driver assistance system might not be as bad as it would appear from the report.

The US safety board admitted that, as there's no standardised way to collect and report data on driver assistance systems, it's hard to evaluate the performance of each carmaker's system.

Already five years ago, after a crash killed a Tesla driver using the company's autopilot system in 2016, the NTSB recommended that the NHTSA start requiring automakers to provide standardised crash and usage data.

NHTSA said the first batch of data has already been used to trigger investigations and recalls and helped inform existing defect probes.

The data "will help our investigators quickly identify potential defect trends," NHTSA Administrator Steven Cliff said, cautioning the raw number of incidents reported per manufacturer "is by itself inadequate to draw conclusions".

Despite the limitations, the NHTSA said the data was important to quickly spot potential defects or safety trends.

Is Tesla doing anything about it?

Probably - if it has to.

In November, Tesla was forced to recall almost 12,000 of its vehicles from the US market that were part of the beta test of a version of its Autopilot system called Full Self Driving, after the company found that a newly introduced software update could cause crashes because of the unexpected activation of the cars’ emergency braking system.

The NHTSA is currently analysing Tesla's Autopilot and said last week it was upgrading its probe into 830,000 Tesla vehicles with the system before seeking another recall.

Tesla has not yet officially responded to the new NHTSA report.

Could these self-driving vehicles change the future of transport?