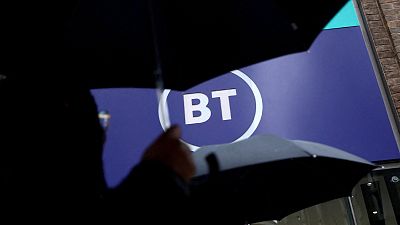 Telecoms company BT and Ericsson have struck a multi-million pound partnership to offer private 5G networks to businesses across Britain, enabling them to deploy Internet of Things (IoT) and other technologies quickly and securely.

Private 5G networks mirror public 5G, but wireless connectivity is limited to a group of devices in a dedicated space, such as a factory, a port or a campus, where 5G's security and ultra-low latency can be fully utilised in additional services.

The companies said the contract will enable BT to sell next-generation mobile network technology products to businesses and organisations in sectors such as manufacturing, defence, education, retail, healthcare, transport and logistics.

Marc Overton, managing director for BT's Division X, Enterprise, said the British company was working with Sweden's Ericsson, a leader in 5G technology, both in deploying and operating the networks, and also in putting applications on top.

"Unlike a public network, a private 5G network can be configured to a specific business’s needs, as well as by individual site or location," Overton said in a statement.

He added the network could provide the foundation to overlay other new technologies such as IoT, artificial intelligence (AI), virtual reality (VR) and augmented reality (AR), "opening up a multitude of possibilities".

BT announced earlier this month it was investing almost £100 million (€117.4 million) over the next three years in its "Division X" unit to accelerate the development of customer solutions that integrate technologies like 5G, IoT, edge computing, cloud and AI.

They have installed a 5G private network across 35 acres of operational port, which they say is helping to drive operational efficiencies and optimising processes across transport, logistics, supply chain and shipping.

"We're now into phase two of the project and this includes various use cases such as teleoperation of heavy plant machinery, artificial reality (AR) for remote maintenance, as well as enhanced video AI analytics and the use of drones for surveillance and inspections," Overton said.

Under the new deal, the partners will look to deploy 5G technology on specific sites such as large shopping centres, stadiums and ports.

According to a forecast from MarketResearch.com, 5G private networks are predicted to grow at an average rate of 40 per cent a year between 2021 and 2028, by which time the market will be worth $14 billion (€13 billion).