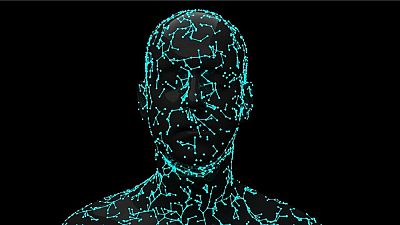 The UK is the fourth European country to fine the controversial facial recognition company.   -   Copyright  Image by Design Cells via Canva
By Jack Ramage  •  Updated: 24/05/2022

The US facial recognition company Clearview AI has been fined £7.5 million (€8.75 million) by the UK’s data protection watchdog over a string of breaches of local privacy laws.

Clearview AI has also been given an enforcement notice to stop obtaining and using personal data of UK residents that are publicly available on the internet and to delete the data from their systems.

The US software company brands itself as "the world's largest facial network" holding billions of face photographs from the internet - many scraped from social media sites like Facebook.

The company then uses an AI-based identity-matching service which sells them to entities, such as law enforcement, without asking the individual’s permission.

Clearview AI also sold its data to private companies but recently agreed to stop doing so in the United States following a lawsuit brought by the American Civil Liberties Union (ACLU).

“Given the high number of UK internet and social media users, Clearview AI’s database is likely to include a substantial amount of data from UK residents, which has been gathered without their knowledge,” the UK’s Information Commissioner’s Office (ICO) said in a statement.

“Although Clearview AI no longer offers its services to UK organisations, the company has customers in other countries, so the company is still using personal data of UK residents,” it added.

The UK is the fourth country to take enforcement action against the firm, following France, Italy and Austria.

Clearview AI did not immediately reply to Euronews Next’s request for comment.

In response to the UK fine and order, the company’s founder and CEO Hoan Ton-That told the BBC: “I am deeply disappointed that the UK Information Commissioner has misinterpreted my technology and intentions”.

"We collect only public data from the open internet and comply with all standards of privacy and law. I am disheartened by the misinterpretation of Clearview AI's technology to society”.

The ICO said the company's actions were in breach of UK data protection laws.

The ICO had warned in November that Clearview AI might be issued a financial penalty over “alleged serious breaches” of national data protection law.

People expect that their personal information will be respected, regardless of where in the world their data is being used.

In a statement on Monday, Information Commissioner John Edwards said that the company “not only enables identification of [people all over the world], but effectively monitors their behaviour and offers it as a commercial service”.

“That is unacceptable,” he said.

“People expect that their personal information will be respected, regardless of where in the world their data is being used”.

Edwards also called for “international cooperation” to “protect people’s privacy rights” as technology such as facial recognition continues to advance.

How will Europe’s Data Act affect you and Big Tech?