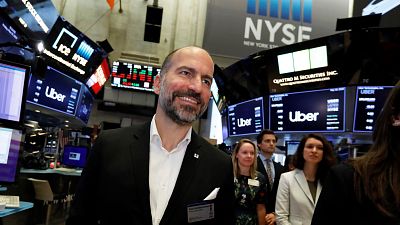 Uber will cut spending and scale back hiring as investors cool on the tech sector, according to an internal email seen by Reuters.

"The least efficient marketing and incentive spend will be pulled back. We will treat hiring as a privilege and be deliberate about when and where we add headcount," Uber CEO Dara Khosrowshahi said in an email to staff first reported by CNBC on Monday.

Uber's new strategy was a response to the "seismic shift" in investor sentiment, the rideshare and delivery company boss said.

Tech stocks have plunged overall from the highs reached during the COVID-19 pandemic as rising inflation has driven central banks to raise interest rates, ending a long period of cheap borrowing.

Uber said last week its driver base is at a post-pandemic high, and the company expects this to continue without significant incentive investments, a sharp contrast to rival Lyft which has said it needs to spend more for labour.

Uber will now focus on achieving profitability on a free cash flow basis, rather than adjusted earnings before interest, taxes, depreciation, and amortisation (EBITDA), according to the CNBC report.

"What we can do at Uber is to continue to execute in terms of top line, bottom line profitability," the CEO said, adding that the company's results and guidance surpassed analyst expectations. "We share your frustration".

Uber did not immediately respond to CNBC’s and Reuters' requests for comment.